Down syndrome is a genetic disease resulting from a chromosomal abnormality. An individual with Down syndrome inherits all or part of an extra copy of Chromosome 21. Symptoms associated with the syndrome include mental retardation, distinctive facial characteristics, and increased risk for heart defects and digestive problems, which can range from mild to severe. The risk of having a child with Down syndrome rises with the mother's age at the time of conception. 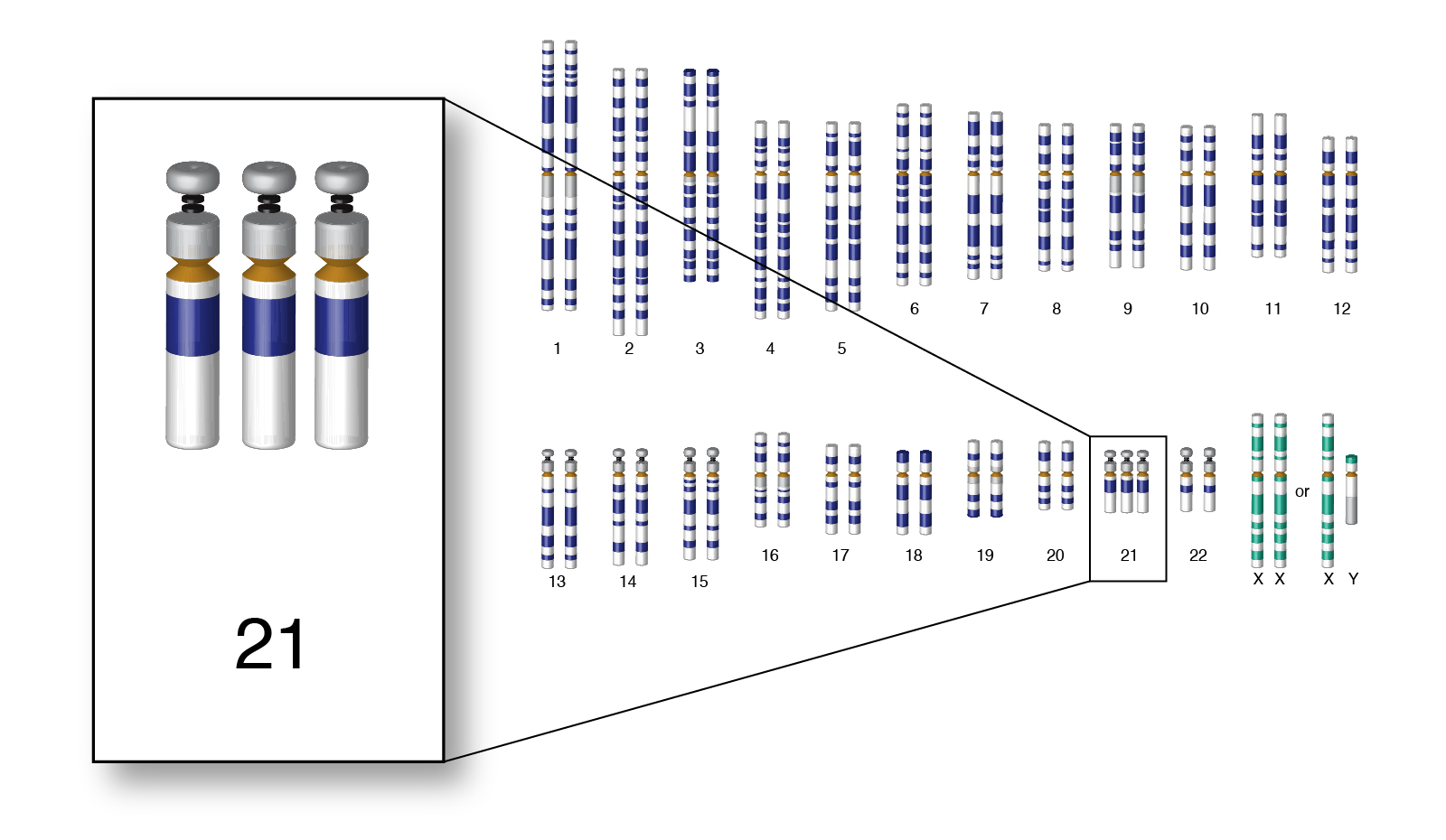 Down syndrome is a condition that was first described in the mid-1860s by Dr. Langdon Down in England who noticed that there are number of individuals who had some of the same sorts of facial features and also tended to have impaired intellectual abilities. Back in the 19th century, there were no good ideas to what caused Down syndrome. Actually, it took almost 100 years after Dr. Down first noticed this condition for us to figure out that it's caused by having an extra copy of Chromosome 21, which is often referred to as Trisomy 21 for the fact that there are three, or "tri", copies of Chromosome 21 rather than the usual two copies of the chromosome that most people have. We know that by having this extra chromosome that it causes some of the problems with brain development that can lead to the impaired intellectual development that's common in individuals with Down syndrome, as well as some of the typical facial and other features that we've seen in individuals with Down syndrome. But we've also come to learn that while there are some commonalities amongst individuals with Down syndrome, there is great diversity amongst people with Down syndrome. Great diversity in terms of intellectual abilities and great diversity in terms of physical features and other sorts of things.