The gene is the basic physical unit of inheritance. Genes are passed from parents to offspring and contain the information needed to specify traits. Genes are arranged, one after another, on structures called chromosomes. A chromosome contains a single, long DNA molecule, only a portion of which corresponds to a single gene. Humans have approximately 20,000 genes arranged on their chromosomes. 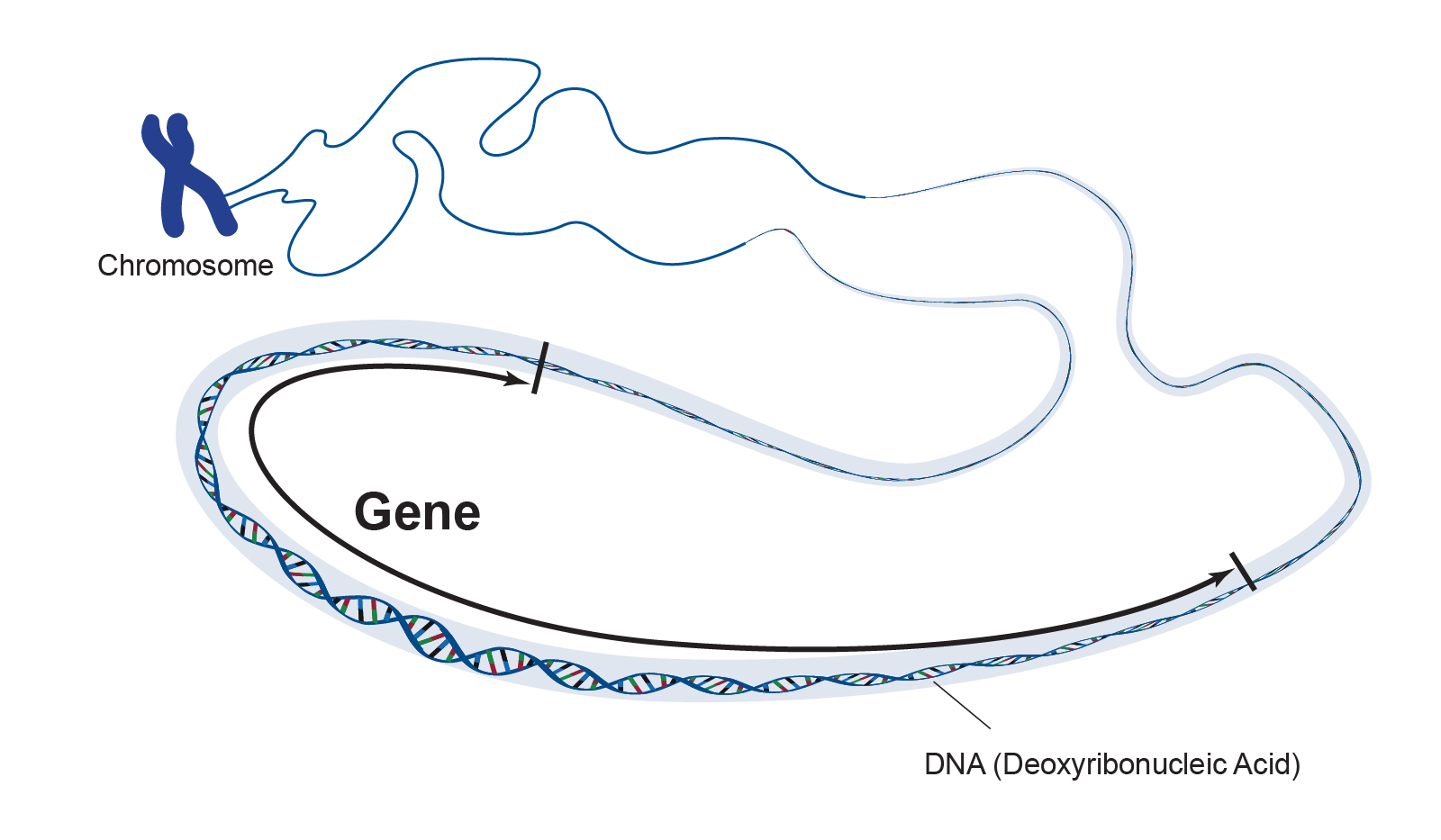 A gene could be as short as a few hundred base pairs or as long as many thousands. The BRCA1 and BRCA2 genes, for instance, are very long and huge. The beta-globin gene, on the other hand, is only a few hundred of these nucleotides. A gene, in a common way of thinking about it, is a packet of information coding generally for a protein. Of course, [in] DNA, the gene doesn't do the work. It's the protein that's produced from that that carries out the function. It's gotten [a] little messy in that one gene doesn't just make one protein. Oftentimes, because of alternative splicing, one gene can produce multiple proteins. And of course there are genes that don't even make proteins at all. They make RNAs that have some other functional role. And some people have begun to question whether the term "gene" is useful because it's gotten so complicated. Not to worry, it is still a very useful term. Geneticists wouldn't know how to have a conversation without using the word.