Meiosis is the formation of egg and sperm cells. In sexually reproducing organisms, body cells are diploid, meaning they contain two sets of chromosomes (one set from each parent). To maintain this state, the egg and sperm that unite during fertilization must be haploid, meaning they each contain a single set of chromosomes. During meiosis, diploid cells undergo DNA replication, followed by two rounds of cell division, producing four haploid sex cells. 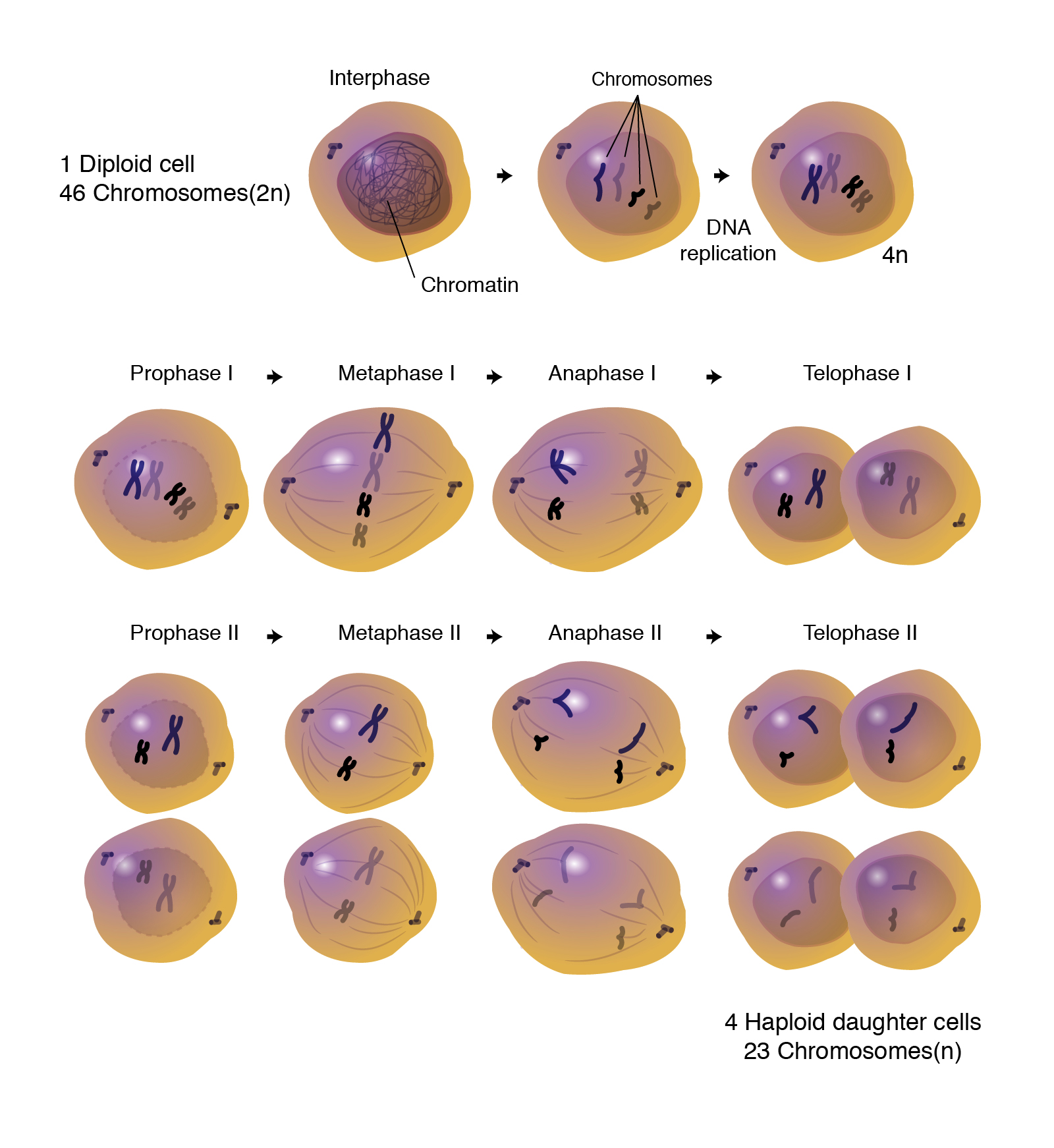 Meiosis. What a funny word with so many vowels. Well, this is a really important part of human biology and the biology of many other organisms that go through sexual reproduction. Basically, here's the problem: You've got a certain number of chromosomes; we humans have 46. But a child who's going to get half of their inheritance from their mother and father, they can't get 46 from both of them--that would be 92. So there has to be a way to take those paired chromosomes and break them apart in order to make gametes; sperm and eggs. That's what meiosis is all about. It's taking that complete set and breaking it down to a so-called haploid set and also providing the opportunity for recombination to occur to sort of scramble the copies and produce new kinds of outcomes, which is critical for the diversity of a species. Meiosis is one of those things that's hard to really get your mind around. There's meiosis 1, there's meiosis 2...you have to learn where the recombination occurs, but it is a really exciting part of human biology.