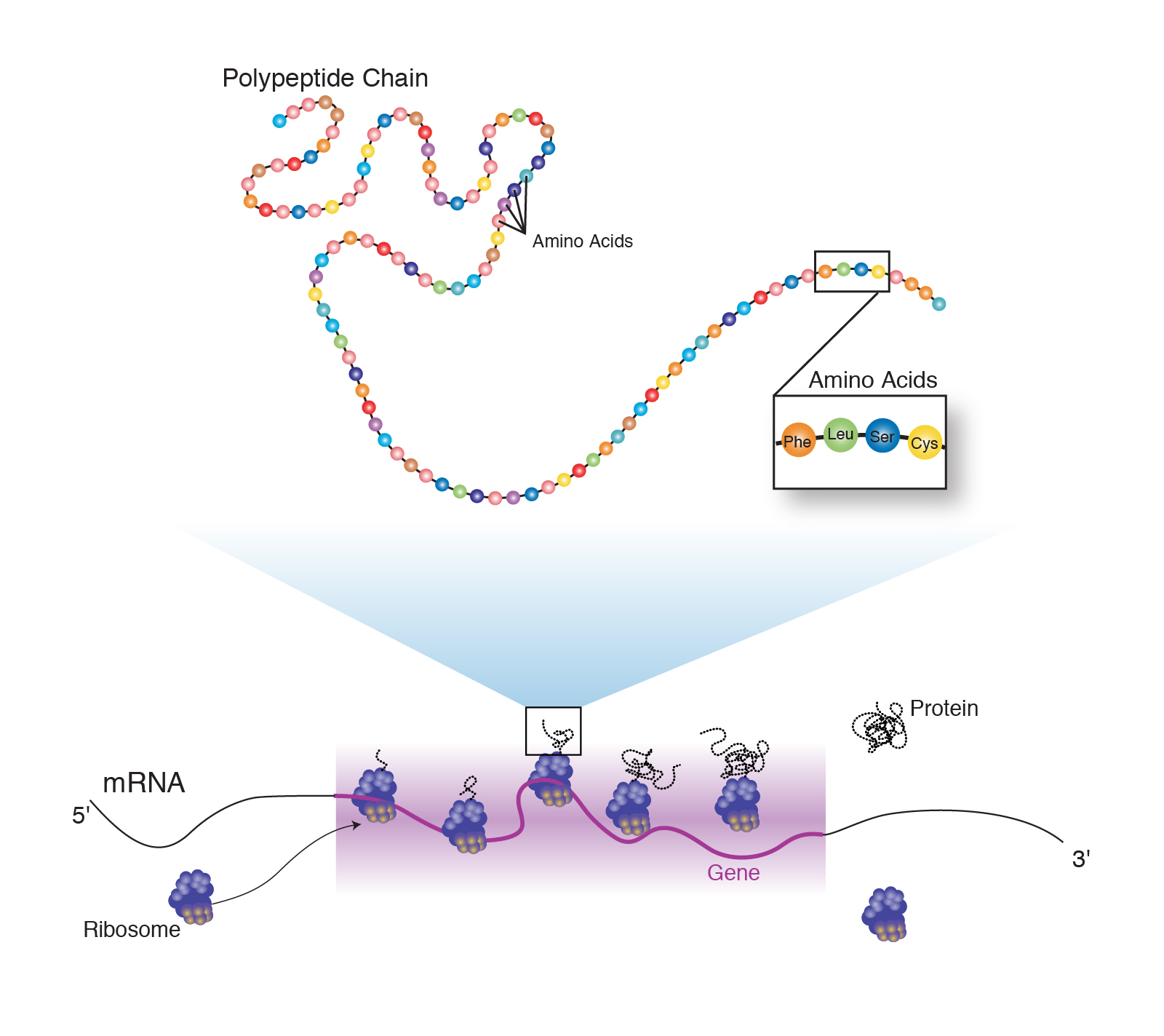 The term "peptides" refers to a series of amino acids linked together. Amino acids are the basic unit that make proteins, and a short series of those--short chain of amino acids--is called a peptide. Peptides are then organized in more complex structures, which are called proteins. And proteins are the building blocks of a cell.