A stop codon is a trinucleotide sequence within a messenger RNA (mRNA) molecule that signals a halt to protein synthesis. The genetic code describes the relationship between the sequence of DNA bases (A, C, G, and T) in a gene and the corresponding protein sequence that it encodes. The cell reads the sequence of the gene in groups of three bases. Of the 64 possible combinations of three bases, 61 specify an amino acid, while the remaining three combinations are stop codons. 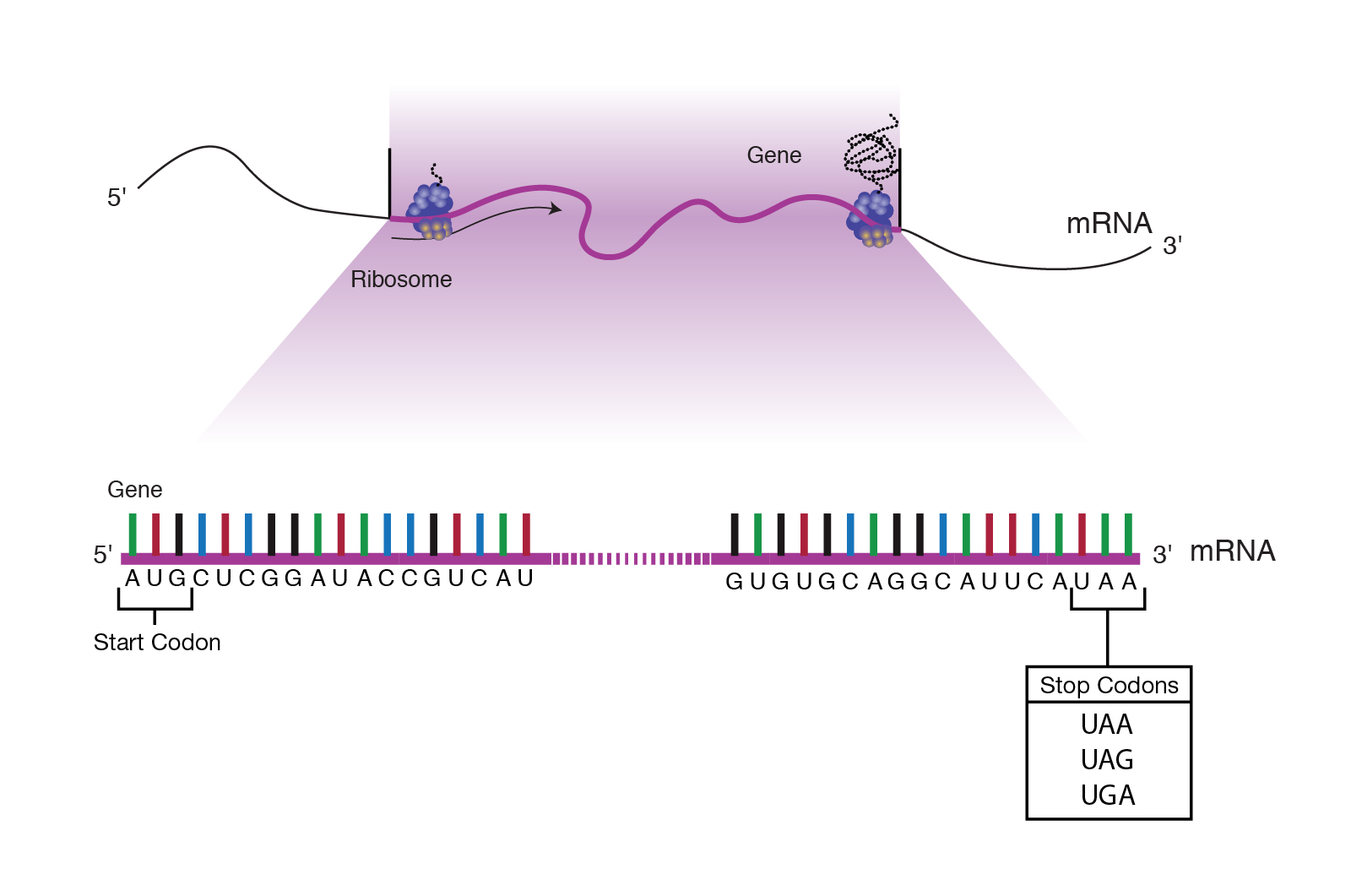 The genetic code is made up of stretches of three nucleotides in a row, each of which specifies an amino acid to be plugged in to ultimately to make a protein. If we just continually made proteins, we'd have this giant long stretch of nonsense proteins, so we need some punctuation. And there's a special codon called a start codon, which is an ATG, that begins each protein. And then at the end of the proteins we have a special codon called stop codons. There's actually three of those, three different triplets, that tell the translational machinery that's making the protein that here's the place to stop making the protein, and those are called stop codons.