Messenger RNA (mRNA) is a single-stranded RNA molecule that is complementary to one of the DNA strands of a gene. The mRNA is an RNA version of the gene that leaves the cell nucleus and moves to the cytoplasm where proteins are made. During protein synthesis, an organelle called a ribosome moves along the mRNA, reads its base sequence, and uses the genetic code to translate each three-base triplet, or codon, into its corresponding amino acid. 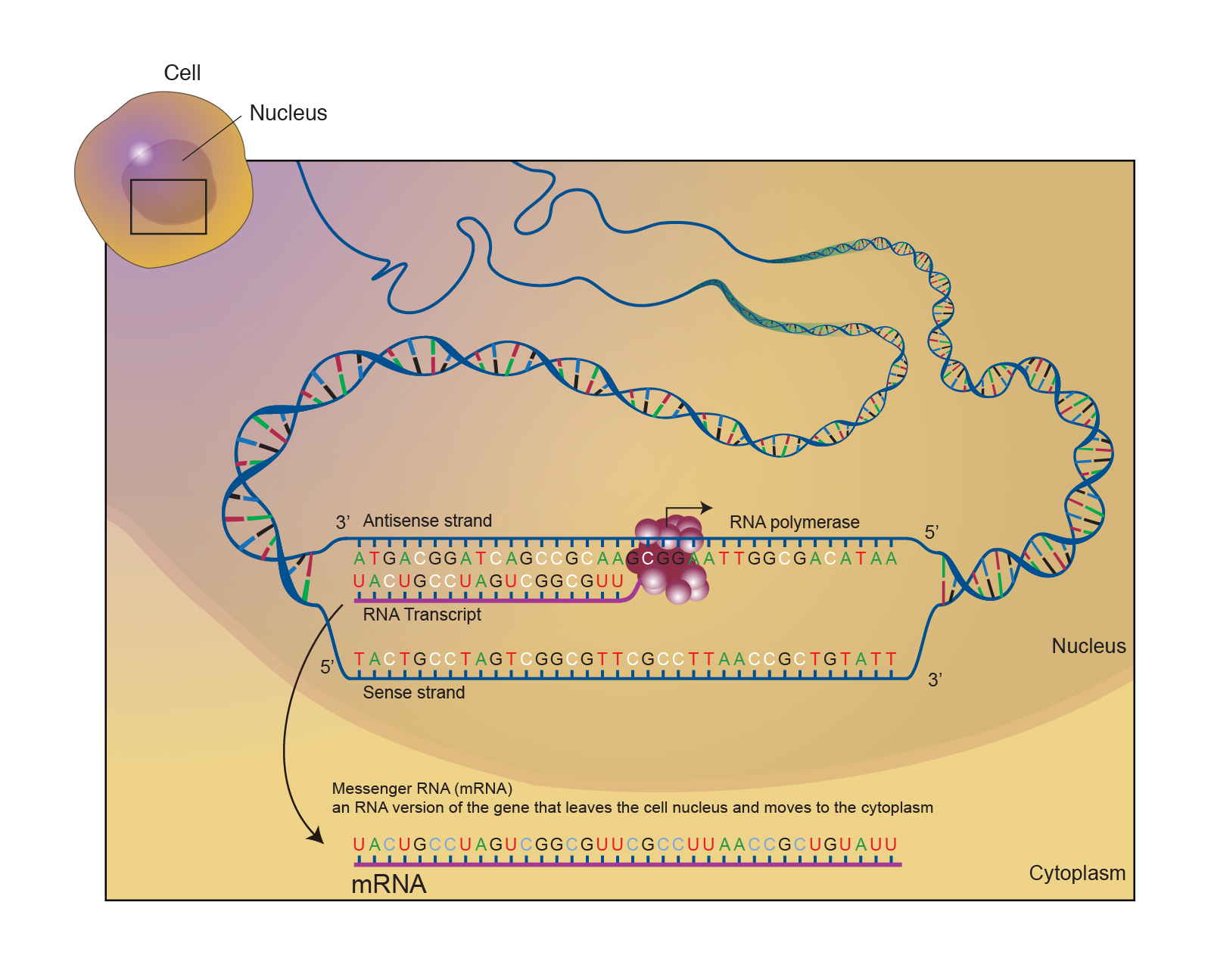 Messenger RNAs, also known as mRNA, are one of the types of RNA that are found in the cell. This particular one, like most RNAs, are made in the nucleus and then exported to the cytoplasm where the translation machinery, the machinery that actually makes proteins, binds to these mRNA molecules and reads the code on the mRNA to make a specific protein. So in general, one gene, the DNA for one gene, can be transcribed into an mRNA molecule that will end up making one specific protein.