The Human Genome Project (HGP) was the international, collaborative research program whose goal was the complete mapping and understanding of all the genes of human beings. All our genes together are known as our "genome."

The main goals of the Human Genome Project were first articulated in 1988 by a special committee of the U.S. National Academy of Sciences, and later adopted through a detailed series of five-year plans jointly written by the National Institutes of Health and the Department of Energy.

Congress funded both the NIH and the DOE to embark on further exploration of this concept, and the two government agencies formalized an agreement by signing a Memorandum of Understanding to "coordinate research and technical activities related to the human genome."

In 1990, the initial planning stage was completed with the publication of a joint research plan, "Understanding Our Genetic Inheritance: The Human Genome Project, The First Five Years, FY 1991-1995." This initial research plan set out specific goals for the first five years of what was then projected to be a 15-year research effort.

HGP researchers deciphered the human genome in three major ways: determining the order, or "sequence," of all the bases in our genome's DNA; making maps that show the locations of genes for major sections of all our chromosomes; and producing what are called linkage maps, through which inherited traits (such as those for genetic disease) can be tracked over generations.

The HGP has revealed that there are probably about 20,500 human genes. This ultimate product of the HGP has given the world a resource of detailed information about the structure, organization and function of the complete set of human genes. This information can be thought of as the basic set of inheritable "instructions" for the development and function of a human being.

The International Human Genome Sequencing Consortium published the first draft of the human genome in the journal Nature in February 2001 with the sequence of the entire genome's three billion base pairs some 90 percent complete. More than 2,800 researchers who took part in the consortium shared authorship.A startling finding of this first draft was that the number of human genes appeared to be significantly fewer than previous estimates, which ranged from 50,000 genes to as many as 140,000. 99 percent of the euchromatic genome was completed and published in October 2004.

Upon publication of the majority of the genome in February 2001, Francis Collins, then director of the National Human Genome Research Institute, noted that the genome could be thought of in terms of a book with multiple uses: "It's a history book - a narrative of the journey of our species through time. It's a shop manual, with an incredibly detailed blueprint for building every human cell. And it's a transformative textbook of medicine, with insights that will give health care providers immense new powers to treat, prevent and cure disease."

The tools created through the HGP also continue to inform efforts to characterize the entire genomes of several other organisms used extensively in biological research, such as mice, fruit flies and flatworms. These efforts support each other, because most organisms have many similar, or "homologous," genes with similar functions. Therefore, the identification of the sequence or function of a gene in a model organism, for example, the roundworm C. elegans, has the potential to explain a homologous gene in human beings, or in one of the other model organisms.

Of course, information is only as good as the ability to use it. Therefore, advanced methods for widely disseminating the information generated by the HGP to scientists, physicians and others, is necessary in order to ensure the most rapid application of research results for the benefit of humanity. Biomedical technology and research are particular beneficiaries of the HGP.

However, the momentous implications for individuals and society for possessing the detailed genetic information made possible by the HGP were recognized from the outset. Another major component of the HGP - and an ongoing component of NHGRI - is therefore devoted to the analysis of the ethical, legal and social implications (ELSI) of our newfound knowledge, and the subsequent development of policy options for public consideration. 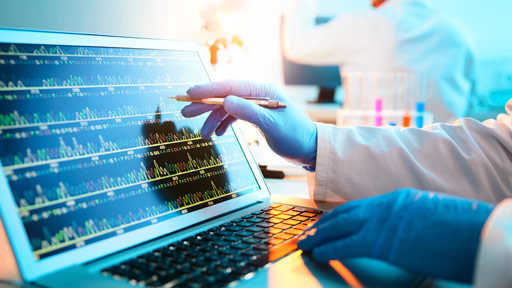 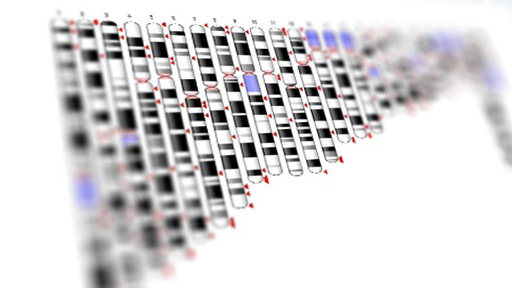