NIH to host a Reddit "Ask Me Anything" with CRISPR scientist, Dr. Jennifer Doudna

CRISPR-Cas9 is a customizable tool that lets scientists cut and insert small pieces of DNA at precise areas along a DNA strand. This lets scientists study our genes in a specific, targeted way.

NIH is holding a Reddit "Ask Me Anything" (AMA) with Jennifer Doudna, Ph.D., and her research group, along with the National Human Genome Research Institute (NHGRI) Centers for Excellence in Genomic Science (CEGS) program directors. They will answer questions about her research, her new, NHGRI-funded Center for Genome Editing and Recording, and the CEGS program. The CEGS program supports the formation of interdisciplinary research teams to develop innovative genomic research projects. Members of the media and public are invited to ask questions, or follow along with the conversation during the Reddit AMA.

Dr. Doudna's new center will focus on refining technologies, such as the CRISPR-Cas9 gene-editing system, that alter, detect, and record the sequence and functional output of the genome in individual cells and tissues in both healthy and disease states. Work like this will develop the precise manipulation of DNA sequences at the scale and level of accuracy that has not been currently realized and advance the promise of genomic medicine.

Jennifer Doudna, Ph.D., professor of chemistry, biochemistry and molecular biology at the University of California, Berkeley, and members of her lab.

Lawrence Brody, Ph.D., division director for the Division of Genomics and Society at NHGRI.

A Reddit AMA is an opportunity to ask interesting individuals question about anything and everything. Log in or sign up for a free Reddit account and ask your questions starting at 8 a.m. Eastern by clicking on the published AMA that can be found here (under "Upcoming AMAs").

NHGRI is one of the 27 institutes and centers at the National Institutes of Health. The NHGRI Extramural Research Program supports grants for research, and training and career development at sites nationwide. Additional information about NHGRI can be found at www.genome.gov. 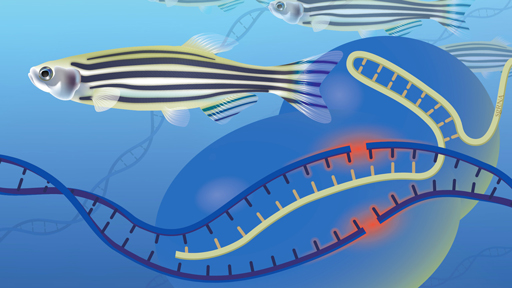