A repurposed cancer drug appears to reduce the severity of lesions and pain experienced by people with Proteus syndrome, a rare genomic disease. The drug, miransertib, was well tolerated, even in children, according to a National Institutes of Health study that sought only to determine the correct dose of the medicine. NIH's National Human Genome Research Institute (NHGRI) researchers and collaborators published the findings Feb. 21, 2019, in the American Journal of Human Genetics.

"We discovered that a much lower dose of the medication than used in oncology trials is well tolerated and that there are some initial, though unconfirmed, indications that the drug had a beneficial effect on symptoms of Proteus syndrome," said Leslie Biesecker, M.D., chief of the NHGRI Medical Genomics and Metabolic Genetics Branch and the study's corresponding author. Dr. Biesecker and his colleagues discovered the gene variant responsible for Proteus syndrome in 2011. "The results were so encouraging that we ended the study early, so we can begin the next one to determine the potential of miransertib for treating this devastating and highly lethal disorder."

Proteus syndrome is caused by a spontaneous (not inherited) variation in the gene AKT1 that alters the ability of affected cells to regulate their own growth and death. The mosaicism, only in some parts of the patient's body, can cause those parts of the body, including skin, bones, fatty tissues and blood vessels, to grow to abnormal and even enormous sizes. The irregular overgrowth worsens with age and increases patients' susceptibility to tumors. Some symptoms can be managed with surgery, but there are no effective treatments for this disorder. By the time they reach their 23rd year, 25 percent of people with Proteus syndrome perish. Some researchers believe that Joseph Merrick, known as the Elephant Man, may have suffered from Proteus syndrome. It affects fewer than 500 individuals in the world. 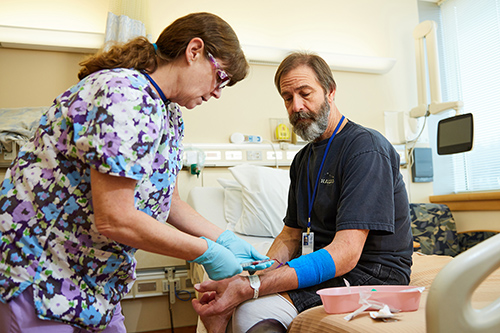 The team decided to test miransertib because the drug was originally developed for treating cancers that were activated by a variant of the gene AKT1, the same gene pathway affected in Proteus syndrome. The new study's goal in using the drug was very different from its use in cancer therapy. In cancer, the objective is to eliminate all cancerous cells from the patient. In Proteus syndrome patients, the mutated cells can be so numerous, that eliminating the mutant cells would lead to the death of most or all of the cells in affected organs and tissues.

Read the findings:
Pharmacodynamic Study of Miransertib in Individuals with Proteus Syndrome

Thus, the researchers had to tread a fine line: to reduce activation of the AKT1gene variant while preserving both the affected cells and the ability of both mutant and normal cells to do the jobs they are meant to do via the AKT pathway. The study was more challenging since Proteus syndrome starts in babies between 18 and 36 months, with the overgrowth of tissues occurring between then and the end of adolescence. The ideal treatment would have to begin when the patients were very young and maintained until adulthood, if not longer. Cancer drugs are typically evaluated for short-term cancer studies in adults rather than for long-term, well-tolerated use in pediatric patients. This trial started working toward that ideal treatment by using the drug in older children for a year. Future trials will need to test this in even younger children for multiple years.

Six patients - three adults and three children - enrolled in the study. The adults were enrolled first for safety since miransertib had never previously been used in children. The participants received 5 mg of the drug once daily for a year. Overall, the side effects of the regimen were well-tolerated.

One of the features of Proteus syndrome the researchers looked at was the cerebriform connective tissue nevus (CCTN), which is a disfiguring, massive overgrowth of the skin, typically on the soles of the feet. These lesions can cause patients pain and make it difficult to walk and find shoes that fit. They can also increase patients' susceptibility to infection.

"The most striking thing about the patient-reported outcomes was that two of the patients' CCTN didn't just stop growing, they seemed to shrink," said Dr. Biesecker. "We're excited about the next stage of this research, which will include a larger group of 15 to 20 patients. Our goal is to try to confirm the finding of the improvement in the CCTN and explore several other potential treatment benefits. I've been working on this for more than 20 years, so it's gratifying to reach the point where we can help patients who've helped us so much."

The patient community is also grateful. "The miransertib research trials are giving our families hope that some of the complications faced by people with Proteus syndrome might eventually be a thing of the past," said Kim Hoag-Green, executive director of the Proteus Syndrome Foundation. "We are beyond grateful for Dr. Biesecker and his team's dedication to finding the cause of Proteus syndrome and, now, his resolve in finding treatments for the devastating complications that accompany the disease." 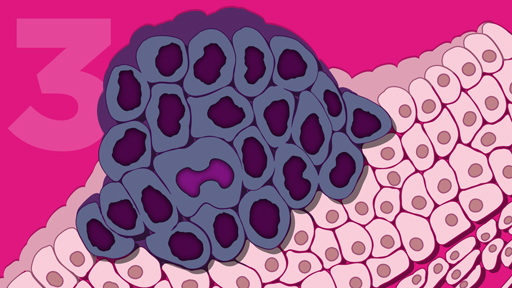