Genomic knowledge is power in the fight against obesity

Although many doctors are wary about discussing weight loss with their overweight patients - for fear of alienating the patients or being ignored - two recent research studies suggest that doctor-patient talks about the genomic underpinnings of obesity can pay off.

The Benefits of Communication

There can be a downside, of course. Healthcare providers who discuss genomics and behavioral risk factors with overweight mothers may make those mothers feel guilty for passing the condition on to their children. That's according to one of two studies led by Susan Persky, Ph.D., an associate investigator with the Social and Behavioral Research Branch at the National Human Genome Research Institute (NHGRI). But mothers may be able to reduce that guilt by being more careful in the future about their children's diet, Dr. Persky's team reported in the May issue of the Journal of Health Psychology.

Telling overweight women about the likely genomic underpinnings of obesity can also have a positive effect. It appears to reduce the women's feelings that their doctors stigmatize and blame them, according to a second study by Dr. Persky and Richard Street Jr., Ph.D., a professor at Texas A&M University in College Station, Texas, and Baylor College of Medicine in Houston. The study was published in the April online issue of the Annals of Behavioral Medicine. 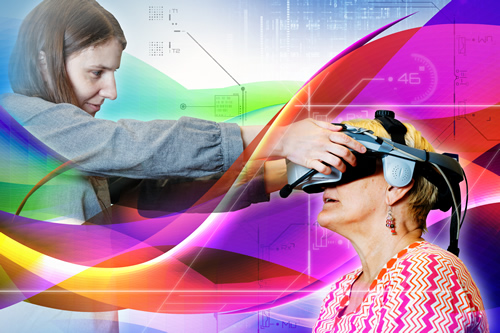 Obesity has long been recognized as a major health problem in the United States. Nearly 69 percent of adults are considered overweight or obese, and more than 6 percent have extreme obesity. A child with overweight parents has an increased risk of growing into an obese adult. In 2013, the American Medical Association characterized obesity as a disease.

Inheritance clearly plays a role in obesity, but the precise genetic mechanisms are far from understood, and the genetic risk factors are complex. They include gene-gene interactions, gene-environment interactions and gene expression. Moreover, Dr. Persky noted that people may not realize the extent to which genetic factors could influence metabolism, as well as the behavioral underpinnings like willingness to exercise and food preferences that contribute to obesity.

"A lot of genes likely contribute to being overweight, and there is much about this heritability that we don't know," Dr. Persky said. "Any of the clinical discussions that are happening these days are probably going to be fairly general and family-history based."

In a study that focused on overweight mothers' guilt responses, Dr. Persky and her colleagues analyzed the reactions of 148 mothers of four- or five-year-old children when they were given information about their child's obesity risk. Seventy-three of the women were told only about the influence of lifestyle - too much time watching television, for example. The others were told about both lifestyle and genomic factors.

"They've heard about family history and they know that they pass things down," Dr. Persky said. "But we wanted to learn the psychological implications of showing parents a chart of their own child's risk compared with a child who doesn't have overweight parents."

As the researchers expected, mothers who had been told about genetic factors in their children's obesity risk felt guiltier than did those who were told only of lifestyle factors.

Then, the mothers were asked to choose a meal for their children in a virtual food "buffet" in NIH's Immersive Virtual Environment Testing Area. Using a virtual reality visor, they made selections from an array of serving pans that included healthful, less healthful and unhealthful choices. The mothers who chose healthier foods felt less guilt about passing down genetic risk for obesity afterward.

"Guilt is an interesting emotion," said Dr. Persky. "We think of it as a negative, which it is because it feels bad, but conceptually guilt is also an emotion where you are aiming to repair your transgression."

Coauthors of the study on mothers' guilt responses included Colleen McBride, Ph.D., and Laura Wagner, formerly with NHGRI, and Myles Faith, Ph.D., and Dianne Ward, Ph.D., of the University of North Carolina at Chapel Hill.

"Work in this area may aid in development of obesity risk feedback strategies that enhance child feeding," the researchers wrote.

In a second study, Drs. Persky and Street reported that plain talk about genomic influences can lessen patients' suspicion that their doctors don't like them.

The study produced the first empirical evidence that genomic information can "reduce perceived blame and the extent to which patients feel stigmatized by physicians based on their weight," the researchers reported.

Simulated doctor-patient discussions in the NIH virtual-reality facility also appeared to improve patients' confidence that they can do something about their weight. However, the extent of patients' follow-through, if any, is still uncertain.

"Weight stigma is one of the last tolerated stigmas in this country," said Dr. Persky. "It creeps in through poorly worded public health messages that basically blame people for being overweight."

The prevailing belief in the general public is that obesity is mostly behavior-related and that weight gain is controllable. Even some health care providers display negative attitudes toward people who are overweight - damaging doctor-patient relationships. In addition, some clinicians worry that if patients are told that they have a genetic disposition to obesity, they might just give up trying to control their weight.

To explore patients' reaction to physicians' counseling, the researchers recruited 200 women volunteers who acknowledged dissatisfaction about being overweight. The volunteers answered a pre-test questionnaire, and then had a one-hour appointment with a "virtual clinician" at NIH's Immersive Virtual Environment Testing Area. (The virtual clinician was controlled by a research assistant and took no questions.) Afterward, participants completed a post-test questionnaire about what they then thought caused their excess weight.

The virtual clinician gave each patient one of four different presentations: one that emphasized genomic factors, delivered in a supportive, empathetic manner; another that also emphasized genomics, but in a directive, doctor-knows-best manner; one that stressed personal behavior, in a supportive manner; and another that also stressed behavior, but in a directive manner.

The researchers wanted to test whether a physician's style might interfere with the message about genomic factors playing a key role in weight management. They also wanted to determine whether discussing genetic predisposition would discourage patients from trying to control weight by changing their diet and lifestyle.

Not surprisingly, the volunteer participants liked the virtual clinician more when his approach was more supportive. When his style was directive, participants had a stronger sense of being stigmatized.

The participants also felt more positive about the interaction when the virtual clinician presented genomic information about weight. They felt less blame and a decreased sense of being stigmatized.

However, the virtual clinician's style didn't change the way the participants absorbed the information or their attitudes and beliefs about obesity. Nor did genetic information dissuade participants from lifestyle changes needed in order to manage their weight.

"We found that providing genomic information is helpful for the interpersonal relationship between patient and health care provider and that it is not harmful in ways we feared," Dr. Persky said. 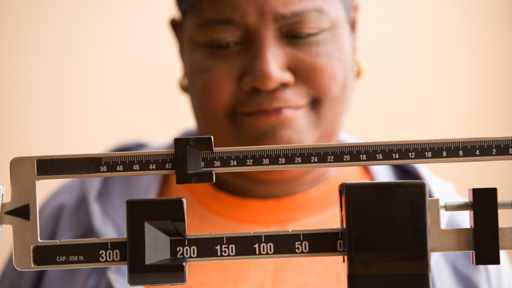