Researchers with the National Human Genome Research Institute (NHGRI), part of the National Institutes of Health, have collaborated with physicians and medical geneticists around the world to create the Atlas of Human Malformation Syndromes in Diverse Populations. Health care providers can use the new atlas to diagnose diverse patients with inherited diseases by comparing physical traits (called phenotypes) and written descriptions of their symptoms with photos and descriptions of people with the same condition and ancestry.

Previously, the only available diagnostic atlas featured photos of patients with northern European ancestry, which often does not represent the characteristics of these diseases in patients from other parts of the world. The free electronic atlas was announced online in Genetics in Medicine.

"This atlas is long overdue and much needed," said Daniel Kastner, M.D., Ph.D., NHGRI scientific director. "The impact of such a resource will be immediate and profound for all health care providers who are diagnosing and treating birth defects and genetic diseases in people of diverse ancestry."

Congenital malformations, also known as birth defects, are the leading cause of infant deaths and diseases worldwide. Examples include heart defects, such as missing or misshaped valves; abnormal limbs, such as a clubfoot; neural tube defects, such as spina bifida; and problems related to the growth and development of the brain and spinal cord. Birth defects can be caused by genes not working properly, missing or extra chromosomes or mothers' exposure to medications and chemicals during pregnancy. 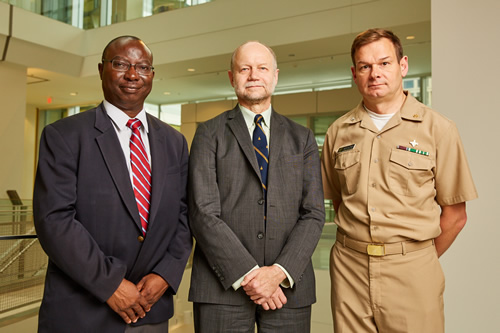 The first disorders added to the atlas are Down syndrome and 22q11.2 deletion syndrome. Down syndrome is the most common chromosomal condition, affecting roughly 1 in 1,000 babies worldwide and representing a diagnostic challenge for doctors. A feature of Down syndrome in persons of European descent is the skin fold of the upper eyelid, covering the inner corner of the eye. But these epicanthal eye folds are completely normal in people of Asian descent without Down syndrome, which means they are not a distinguishing characteristic. The 22q11.2 deletion syndrome, also known as velocardiofacial syndrome, affects 1 in 4,000 newborns and is characterized by a combination of cleft palate, heart defects, differences in the way the kidneys are formed or work, a characteristic facial appearance, learning problems, and speech and feeding problems.

When complete, the atlas will consist of photos of physical traits of people with many different inherited diseases around the world, including Asia, the Indian subcontinent, the Middle East, South America and sub-Saharan Africa. In addition to the photos, the atlas will include written descriptions of affected people and will be searchable by phenotype (a person's traits), syndrome, continental region of residence and genomic/molecular diagnosis.

The need for the tool became evident after three clinical geneticists from NHGRI - Dr. Muenke, Paul Kruszka, M.D., and Adebowale Adeyemo, M.D. - visited children's heart clinics in Africa. "We found ourselves struggling to diagnose the African children," Dr. Kruszka said. "We were doing our best but we needed reference photos that didn't exist."

They were not the only ones with this problem. In Lagos, Nigeria, the three physicians presented sessions on clinical genetics (the practice of medicine focused on genetic disorders) to a standing-room-only audience. Afterward, they had discussions with a long line of doctors, many holding phones with photos of affected children they needed help diagnosing. Over dinner that night, the three cemented a plan to build the atlas.

Over the next year and a half, the group brought together a network of experts from China, India, Mali, the Middle East, Malaysia, Nigeria, Rwanda, South Africa, South America, Thailand and Uganda. From this group, NHGRI formed an advisory board to guide the project, maintain the website and oversee potential ethical issues.

Before posting photos of diverse people affected by genetic diseases, the team requested an ethics consultation from the NHGRI Bioethics Core. Based on this input, health care providers sought permission from patients and their caregivers before contributing unpublished photos of affected patients to the atlas. Informed consent, the process of informing participants of the risks and benefits of contributing to the project, is tailored to local communities and translated and administered through the use of local interpreters.

"The job of the ethicist is to shed light on the aspects of the project that might harm the person sharing information, and to think about ways to reduce those risks," said Sara C. Hull, Ph.D., director of the NHGRI Bioethics Core. "We wanted to weigh carefully those risks in light of the justice-oriented benefits of this important project."

To ensure the atlas does not make mistaken connections between race, ethnicity and genetic diseases or reinforce stereotypes that were potentially harmful to different groups, health care providers are relying on participants' descriptions of his or her four grandparents' nationalities and about their ethnic and cultural identity. The photos and descriptive information included in the atlas are organized by disease and by continental ancestry, so a health care provider can compare their patient to someone of similar ancestral origin.

Now that the atlas is established, the next step is to inform physician communities - pediatricians, family physicians, internists, cardiologists, neurologists and craniofacial surgeons - about the atlas, said Dr. Adeyemo, atlas co-founder and deputy director of the NIH Center for Research on Genomics and Global Health.

"This project was born out of a real need," Dr. Adeyemo said. "The doctors who approached us after our talks in Nigeria, the ones who regularly send us photos of affected children and our clinical colleagues seeing patients in Africa, Asia and South America will now have the help they need to diagnose their patients."

For more information on the Atlas of Human malformation Syndromes in Diverse Populations, please visit: www.genome.gov/atlas. 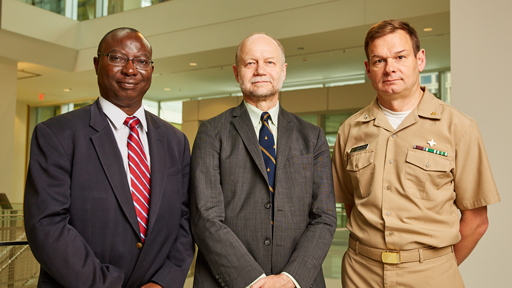