NIH grants aim to decipher the language of gene regulation

The National Institutes of Health has awarded grants of more than $28 million aimed at deciphering the language of how and when genes are turned on and off. These awards emanate from the recently launched Genomics of Gene Regulation (GGR) program of the National Human Genome Research Institute (NHGRI), part of NIH.

How and When Genes Turn On

"There is a growing realization that the ways genes are regulated to work together can be important for understanding disease," said Mike Pazin, Ph.D., a program director in the Functional Analysis Program in NHGRI's Division of Genome Sciences. "The GGR program aims to develop new ways for understanding how the genes and switches in the genome fit together as networks. Such knowledge is important for defining the role of genomic differences in human health and disease."

With these new grants, researchers will study gene networks and pathways in different systems in the body, such as skin, immune cells and lung. The resulting insights into the mechanisms controlling gene expression may ultimately lead to new avenues for developing treatments for diseases affected by faulty gene regulation, such as cancer, diabetes and Parkinson's disease. 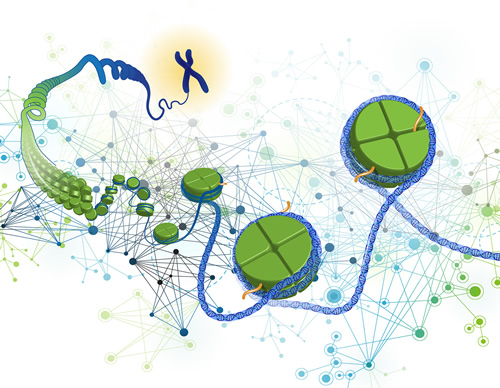 Over the past decade, numerous studies have suggested that genomic regions outside of protein-coding regions harbor variants that play a role in disease. Such regions likely contain gene-control elements that are altered by these variants, which increase the risk for a disease.

"Knowing the interconnections of these regulatory elements is critical for understanding the genomic basis of disease," Dr. Pazin said. "We do not have a good way to predict whether particular regulatory elements are turning genes off or activating them, or whether these elements make genes responsive to a condition, such as infection. We expect these new projects will develop better methods to answer these types of questions using genomic data." 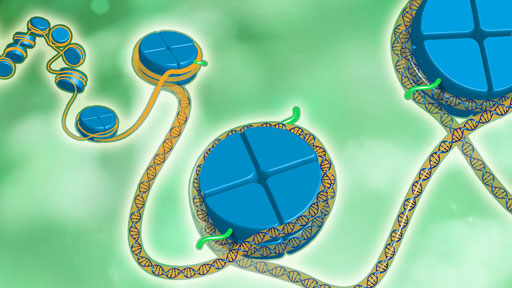