In the world of canine genomics, sport hunting dogs are super athletes and terriers are plucky supermodels. National Human Genome Research Institute (NHGRI) researchers reached this conclusion after identifying 59 genes or gene regions linked to canine athletics, including those with roles in endurance, heart function, blood flow and pain perception. What terriers lacked in sporty genes, they made up for in genes associated with physical attributes such as their trademark facial hair. The researchers published their findings online in the July 3, 2018, Proceedings of the National Academy of Sciences (PNAS).

In other studies, largely in humans, researchers have identified about 200 germline mutations - gene variants that can be passed on to subsequent generations - that influence athletic outcomes. They include genes that regulate blood pressure, muscle size, oxygen use and fatigue resistance. Because it's difficult to identify gene variants' influence on human populations over time, NHGRI researchers turned to domesticated dogs to learn about gene variants for athletic performance.

"Identifying gene variants that enhance athletic performance in dogs may help us better understand the basis of human athletic performance," said Jaemin Kim, Ph.D., lead author and staff scientist in NHGRI's Cancer Genetics and Comparative Genomics Branch. The researchers relied on a new global database of the whole-genome sequences of 722 dogs across 44 domestic breeds, along with sequences for canine relatives, including wolves, foxes and jackals. 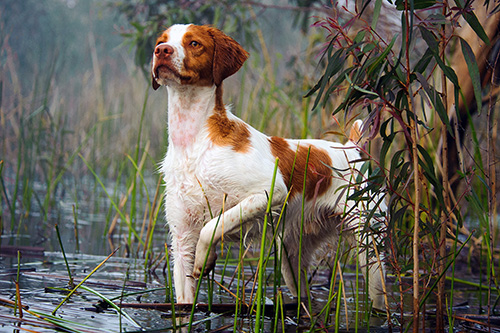 Researchers compared the dogs' genome sequences, focusing on 59 genes underlying cardiovascular, muscular and neuronal functions that are under strong selection in sport hunting breeds. With these data in hand, they looked at how different breeds performed in agility trials. These timed contests, in which dogs navigate an obstacle course under the direction of their owners, provide an excellent test of dog athleticism and physical fitness. Of the 59 gene candidates tested, they determined that breeds with the ROBO1 gene variant were more likely to earn titles at agility events. ROBO1 gene has been suggested to be associated with the ability to learn.

They also homed in on the function of six of the 59 genes also related to athletic performance (ADRB1, ASIC3, RYR3, TRPM3, UTRN and ROBO1). Among their other findings:

The study also examined the genomics of terriers, courageous and tenacious dogs that have traditionally been employed to rid rural and urban landscapes of vermin. In terriers, they found that gene variants of RSPO2 were associated with their characteristic moustache and eyebrows. Gene variants associated with autism-like behaviors, hyperactivity and panic responses in mice (SHANK2 and OXR1 genes) were also more prevalent in terriers. These human behavior complexes, in the context of terrier breed traits, could explain the terriers' distinctive responses to stimuli, territoriality and confrontational attitudes that have resulted from generations of selective breeding.

Dr. Kim plans to next conduct research on herding dogs. He will investigate the genetic basis of herding behavior, which has been linked in previous studies to schizophrenia in dogs. 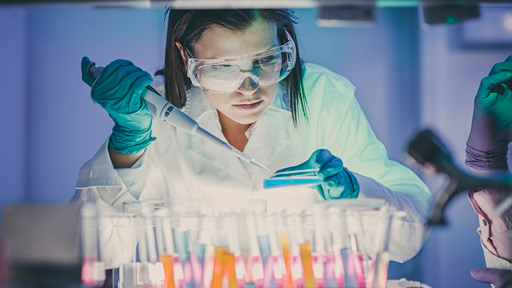