Many "medical foods" are designed to help manage patients with rare inborn errors of metabolism (IEMs), and can help prevent serious and life-threatening complications. However, such special foods may cause harm in some patients when their use is not carefully monitored and managed, according to a research team led by scientists at the National Human Genome Research Institute (NHGRI), part of the National Institutes of Health (NIH).

A Need for Further Study

The researchers contend that there is a need for more rigorous clinical study of dietary management practices for patients with IEMs, including any associated long-term side effects, which may in turn result in the need to reformulate some medical foods.

In two studies appearing online August 13, 2015 and in the August issue of Genetics in Medicine, the researchers note that medical foods, including those given to patients with methylmalonic acidemia (MMA), are not subject to the same scrutiny as therapeutic drugs. A medical food, as defined in the Orphan Drug Act of 1983, is regulated as a food by the Food and Drug Administration and intended to be used under medical supervision. 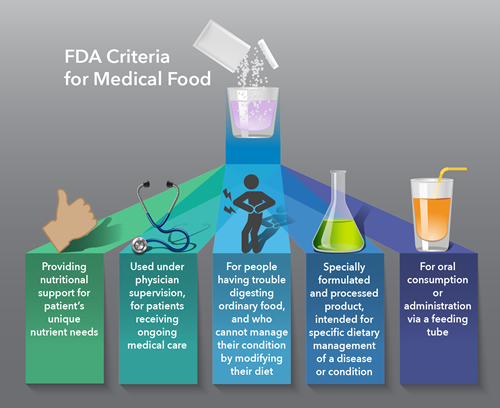 The researchers based their conclusions on more than 10 years of observational studies with large patient groups involving two inborn errors of metabolism. The two IEMs studied are rare genetic disorders in which the body cannot properly turn food into energy. In the first of these, known as isolated methylmalonic acidemia (MMA), mutations in any one of four genes can impede enzyme activity that is necessary for the proper breakdown of amino acids, the building blocks of proteins (specifically the amino acids valine, isoleucine, methionine and threonine). In the other, cobalamin C (cblC) type combined MMA and hyper-homocysteinemia, failure to properly process vitamin B12 results in a different form of MMA that clinically looks different and requires different management.

MMA, one of the most common disorders of organic acid metabolism, results from a deficiency of enzymes involved in amino acid metabolism. About 1 in 50,000 to 150,000 newborns in the United States each year is born with MMA, which is now detected by routine newborn screening. Despite current treatments, the disorder can cause recurrent episodes of metabolic acidosis (when the body produces too much acid, or when the kidneys are not removing enough acid from the body), feeding difficulties, poor growth, enlarged liver, kidney disease, pancreatitis (inflammation of the pancreas), intellectual disability and early death. Many infants and children with the cblC-deficiency form of the disease also experience vision loss, as well as neurological and cognitive problems.

"Decades ago, the survival for children with methylmalonic acidemia was markedly reduced, with many succumbing in the first decade of life," said Charles Venditti, M.D., Ph.D., senior investigator and head of the Organic Acid Research Section in the Genetics and Molecular Biology Branch at NHGRI, and one of the coauthors of the new studies.

Even today, when a newborn screening test indicates that a baby has MMA "it is a medical emergency," Dr. Venditti said. "If you cannot get in touch with the family, you may need to ask the police to help bring the baby to the emergency room, because the newborns can rapidly become very sick and even perish without immediate treatment."

In the MMA study, led by Irini Manoli, M.D., Ph.D., a clinical and biochemical geneticist in NHGRI's Organic Acid Research Section, 61 patients enrolled from metabolic treatment centers across the United States and abroad were evaluated at the NIH Clinical Center between 2004 and 2014. The research team closely monitored their treatments and responses. Most of the patients received part or all of their nutrition from a special mix of natural protein and MMA medical foods delivered through feeding tubes.

Medical foods for MMA do not contain intact protein. They contain free amino acids with the exception of the four "toxic" amino acids that MMA patients cannot metabolize. These amino acids are essential; the body cannot make them, but people must consume a certain amount to support body and brain growth and function.

As others have observed in patients with MMA, growth outcomes were disappointing. In most patients, height, weight and head circumference were lower than average, while body mass index (BMI) and body fat percentage were higher. Analyzing the patients' dietary records and lab results, the NHGRI researchers found that when patients on restricted protein diets were given medical foods used to manage MMA, especially in large amounts, the relationships between certain essential amino acids were disturbed. In particular, the patients ended up with four or five times the recommended amounts of leucine. Leucine is a branched chain amino acid essential to liver, muscle and adipose (fat-retaining) tissue but, when given in excess, it causes a depletion of the other branched chain amino acids, valine and isoleucine. This might have untoward effects on growth and brain development.

Further observational studies led by Dr. Manoli, and conducted with a treatment team from the University of Iowa in Iowa City, showed that reducing the intake of medical foods resolved amino acid deficiencies without having to increase the protein intake. The researchers cautioned that they have not proven a cause-and-effect relationship between the amino acid deficiencies and the poor growth outcomes observed in the patient group. A large prospective clinical trial would be needed for that.

In addition to Dr. Manoli, other co-authors of the isolated MMA study included Jennifer Myles, M.S., R.D., of the NIH Nutrition Department; Jennifer Sloan, Ph.D., M.S., and Dr. Venditti, of NHGRI; and Oleg Shchelochkov, M.D., of the University of Iowa Hospitals and Clinics.

In the cobalamin C (cblC) deficiency study, which is the focus of the second article, the researchers made clear that they believe cblC patients should never be given current-day medical foods designed for patients with isolated MMA. CblC patients - who also have high levels of methymalonic acid and homocysteine in their blood and urine - cannot adequately synthesize the amino acid methionine, a reaction that depends on vitamin B12. As a result, management of cblC includes taking intramuscular vitamin B12 injections and betaine, a substance that among other functions helps the body metabolize the amino acid homocysteine and increases methionine synthesis.

The medical foods designed for patients with isolated MMA contain no methionine and are restricting the exact amino acid that needs to be increased in cblC patients. In addition, these medical foods' relatively high leucine content may block methionine and other amino acid transport into the brain, where they are needed for growth. The authors worked in collaboration with Kevin Strauss, M.D., and Holmes Morton, M.D., of the Clinic for Special Children in Strasburg, Pennsylvania, to help model brain uptake of amino acids to support their observations.

The NHGRI researchers enrolled 28 cblC patient participants in this study, ranging in age from 2 to 27 years. A subset of nine participants received medical foods while another six followed protein-restricted diets. Both groups had lower growth rates, including decreased head circumference, than other patients who were on natural diets that provided the recommended daily allowance of protein. Another case scenario was provided by the treatment team from Tulane University. It showed that increasing natural protein intake and discontinuing methionine-restricted medical foods helped improve head growth and blood amino acid concentrations in an infant with cblC.

"There is no theoretical rationale or experimental support for the practice of administering medical foods to patients with cblC deficiency," the researchers wrote in their article.

MMA is one of about 30 inborn errors of metabolism for which newborns are routinely screened in the United States. The new findings "highlight the paucity of experimental and clinical trial support underlying dietary management practices commonly used to treat patients with varied forms of methylmalonic acidemia and underscore the community need for a more rigorous clinical study of medical foods in the treatment of patients with IEMs," the researchers wrote.

The research was supported by the NHGRI intramural research program.