With assistance from a high tech robot, National Institutes of Health researchers have identified and tested a molecule that shows promise as a possible treatment for the rare Gaucher disease and the more common Parkinson's disease. Ellen Sidransky, M.D., a senior investigator with NIH's National Human Genome Research Institute (NHGRI), and her collaborators at the National Institute of Neurological Disorders and Stroke (NINDS) and the National Center for Advancing Translational Sciences (NCATS), published their findings July 12, 2016 in The Journal of Neuroscience.

Gaucher disease occurs when GBA1, the gene that codes for the protein glucocerebrosidase, is mutated. This protein normally helps cells dispose of certain fats (lipids), a type of waste produced by all cells. When a person inherits two mutated copies of GBA1, lipids accumulate and can cause symptoms such as enlargement of the spleen, frequent bleeding and bruising, weakened bones and, in the most severe cases, neurological disease. People with even one mutated copy of GBA1 are at higher risk of developing Parkinson's disease, a common disorder characterized by tremors, muscular rigidity and slowed movements. 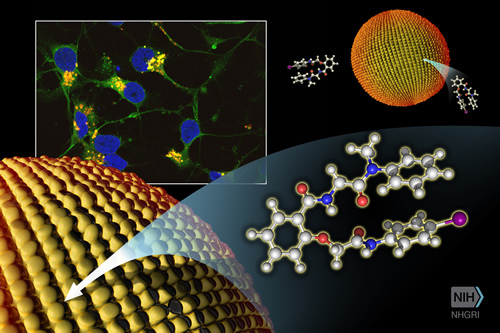 To better understand the connection between Gaucher and Parkinson's diseases, NHGRI researchers used a labor-intensive technology to develop pluripotent stem cells (unspecialized cells that can develop into various specialized body cells). Elma Aflaki, Ph.D., a research fellow in Sidransky's lab, created stem cells from the skin cells of Gaucher patients with and without Parkinson's disease in the lab. She then converted the stem cells into neurons that had features that were identical to those in people with Gaucher disease. Neurons are nerve cells that transmit information via chemical messengers and electrical signals.

The researchers showed that the neurons from Gaucher patients, who also had Parkinson's disease, showed elevated levels of alpha-synuclein. This is the protein that accumulates in the brains of people with Parkinson's disease impacting neurons responsible for controlling movement.

The researchers then looked for a molecule that would help patients with mutant GBA1 break down cellular waste. In a process known as high-throughput drug screening, researchers at NCATS Chemical Genomics Center evaluated hundreds of thousands of different molecules. NCATS researchers Juan Marugan, Ph.D., Samarjit Patnaik, Ph.D., Noel Southall, Ph.D., and Wei Zheng, Ph.D., identified a promising molecule, NCGC607, in conjunction with researchers at the University of Kansas, Lawrence, which helps to "chaperone" the mutated protein so that it can still function. In the patients' stem cell-derived neurons, NCGC607 reversed the lipid accumulation and lowered the amount of alpha-synuclein, suggesting a possible treatment strategy for Parkinson's disease.

"This research constitutes a major advance," said Daniel Kastner, M.D., Ph.D., NHGRI scientific director anddirector of the institute's Division of Intramural Research. "It demonstrates how insights from a rare disorder such as Gaucher disease can have direct relevance to the treatment of common disorders like Parkinson's disease."

Researchers will next test the new molecule to see if it might be developed into an appropriate prototype drug for patients with Gaucher disease and Parkinson's disease.

About the National Center for Advancing Translational Sciences (NCATS): NCATS is a distinctly different entity in the research ecosystem. Rather than targeting a particular disease or fundamental science, NCATS focuses on what is common across diseases and the translational process. The Center emphasizes innovation and deliverables, relying on the power of data and new technologies to develop, demonstrate and disseminate advances in translational science that bring about tangible improvements in human health. For more information, visit https://ncats.nih.gov. 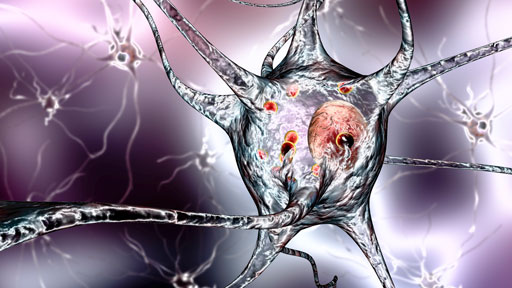