In the first study of its kind, researchers explored patients', parents' and physicians' perspectives on the use of CRISPR-Cas9 gene-editing to reverse sickle cell disease (SCD).

CRISPR-Cas9 is a gene editing technology that researchers have harnessed to explore two approaches for reducing the burden of the disease. The first approach will let researchers correct the SCD mutation by removing and replacing it with a normal gene, while the second approach increases the production of fetal hemoglobin which reduces disease severity. Study participants expressed overall optimism about participating in human genome editing clinical trials, but were concerned about treatment risks and transparency of the research enterprise, according to National Institutes of Health researchers and their colleagues. The findings were published December 24 in Genetics in Medicine.

"Bringing community voices to the design and recruitment of upcoming genome editing studies will be essential for the success of clinical trials and implementation of new genetic curative therapies, into clinical treatment," said Vence L. Bonham, Jr., J.D., lead author and associate investigator in the Social and Behavioral Research Branch of NIH's National Human Genome Research Institute (NHGRI). "This study couldn't come at a better time for the research community." In September, NIH's National Heart, Lung, and Blood Institute launched the Cure Sickle Cell Initiative to accelerate development of the most promising of these next generation of therapies.

Sickle cell disease is the most common inherited blood disorder in the United States, affecting approximately 100,000 Americans and another 20 million worldwide, mostly in developing nations. Sickle cell disease, appears throughout sub-Saharan Africa, Mediterranean basin, Middle East and India, is caused by a single gene mutation that causes red blood cells to take on an unusual sickle shape. People affected by sickle cell disease experience significant pain and anemia as well as damage to their hearts, lungs and kidneys.

Some common themes emerged from the 15 focus groups. A major theme across all groups was hope that the new human genome editing treatments would reduce suffering, prevent disease progression, and promote quality of life. Patients identified helping others with the disease as a reason they wanted to participate in clinical trials.

Deterrents to participating in clinical trials included concerns about the gene editing procedure's potential complications, unknown long-term effects and permanency. The study focused on the attitudes toward somatic gene editing, which would produce changes in the DNA that cannot be inherited.

In addition to knowing the risks and the benefits, participants wanted details on the procedure and contingency plans in case the treatment goes awry. Participants wanted to know if the procedure would reduce SCD pain and whether it would lead to improvements in other SCD problems such as liver, kidney and other organ damage. All stakeholder groups wanted specific details about the research supporting this type of treatment and worried about who would ultimately benefit from the research.

The study demonstrated that primary physicians were the group most participants would seek counsel from when deciding whether to participate in a CRISPR-based clinical trial. "Researchers should forge collaborations with these trusted hematologists. They should be prepared to address concerns of eligible study participants and work with the physicians to understand patient needs," said Mr. Bonham. 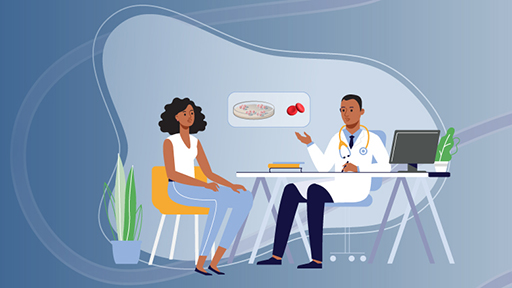