The Non-Coding Variants Program (NoVa) supports the development of approaches to figure out which of the many variants in a region associated with a disease or trait functionally cause the higher risk for the disease or trait.

When the genomes of many people are sequenced, millions of sites in the genome differ among those people. Some of these genetic variants are common, such as the variants for blood types (A, B, AB, or O), while many of the variants are rare, seen in only a few people. Most of these variants do not affect disease risk, response to drugs or other traits such as height.

How can we figure out which variants affect the function and regulation of genes? A start to interpreting variation is a genome-wide association study (GWAS), in which the genomes of thousands of people with and without a disease or trait are compared to find the chromosomal regions that affect the disease risk or trait. In these regions, usually many variants are statistically associated with the disease or trait, but we do not know which one or few of the variants functionally affect the risk of disease or other traits.

Some variants are in the parts of the genome that code for proteins; the effects of these variants are not necessarily known, but the genetic code provides a good starting point to predict how the variants might affect protein function and thus underlie the disease or trait. However, most variants, including most of the functional ones that contribute to disease risk, are not in protein-coding regions. These functional variants generally affect the regulation of genes or chromosome structure; they occur in "switches" in the genome that determine when and where proteins are made.

The Non-Coding Variants Program (NoVa) supports the development of approaches to figure out which of the many variants in a region associated with a disease or trait (especially the variants not coding for proteins) functionally cause the higher risk for the disease or trait. This program supports computational methods to integrate many data sets related to gene and variant function, to predict which variants (or narrow the set of potential variants) cause differences in disease risk or other traits, and to assess experimentally the accuracy of these predictions.

Determining which variants cause the disease risk or trait will allow researchers to discover the mechanisms by which these variants lead to the increased disease risk or trait. Eventually, this understanding should allow researchers to develop approaches for prevention and therapies, as well as to make predictions about a person's risk of disease.

The six awards funded in the first round of this RFA use a range of approaches to study a variety of diseases as test cases. All the data used and produced will be released, to allow other researchers to compare methods. 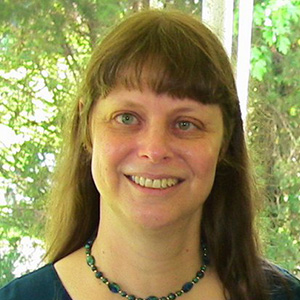