Chromosomes are the structures that hold genes. Genes are the individual instructions that tell our bodies how to develop and function; they govern physical and medical characteristics, such as hair color, blood type and susceptibility to disease.

Where are chromosomes found in the body?

The body is made up of individual units called cells. Your body has many different kinds of cells, such as skin cells, liver cells and blood cells. In the center of most cells is a structure called the nucleus. This is where chromosomes are located. 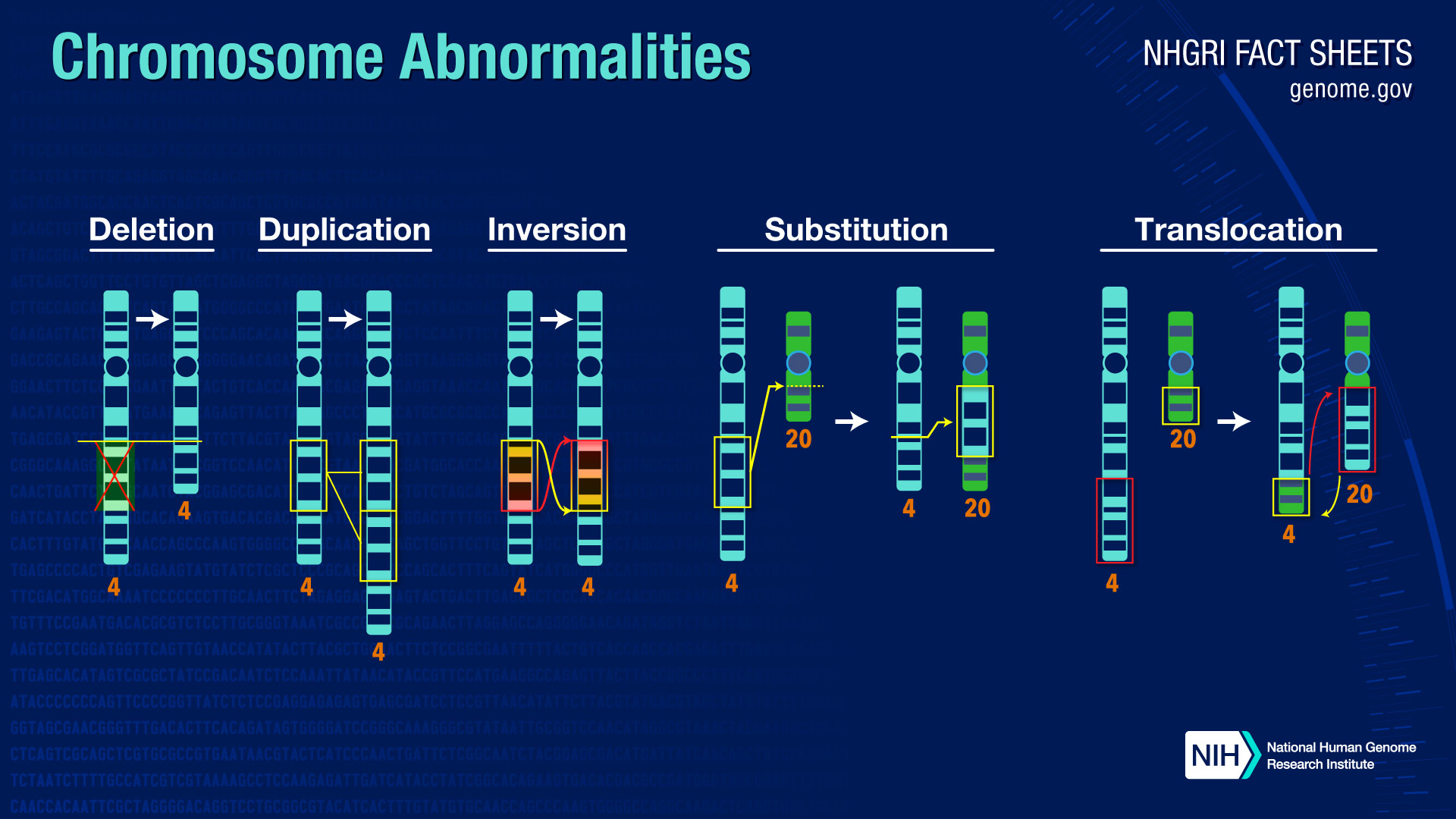 How many chromosomes do humans have?

Of the 23 pairs of chromosomes, the first 22 pairs are called "autosomes." The final pair is called the "sex chromosomes." Sex chromosomes determine an individual's sex: females have two X chromosomes (XX), and males have an X and a Y chromosome (XY). The mother and father each contribute one set of 22 autosomes and one sex chromosome.

How do scientists study chromosomes?

For a century, scientists studied chromosomes by looking at them under a microscope. In order for chromosomes to be seen this way, they need to be stained. Once stained, the chromosomes look like strings with light and dark "bands," and their picture can be taken. A picture, or chromosome map, of all 46 chromosomes is called a karyotype. The karyotype can help identify abnormalities in the structure or the number of chromosomes.

To help identify chromosomes, the pairs have been numbered from 1 to 22, with the 23rd pair labeled "X" and "Y." In addition, the bands that appear after staining are numbered; the higher the number, the farther that area is from the centromere.

One such method is called noninvasive prenatal testing. This is a test to screen a pregnancy to determine whether a baby has an increased chance of having specific chromosome disorders. The test examines the baby's DNA in the mother's blood.

What are chromosome abnormalities?

An example of a condition caused by numerical abnormalities is Down syndrome, which is marked by mental disability, learning difficulties, a characteristic facial appearance and poor muscle tone (hypotonia) in infancy. An individual with Down syndrome has three copies of chromosome 21 rather than two; for that reason, the condition is also known as Trisomy 21. An example of monosomy, in which an individual lacks a chromosome, is Turner syndrome. In Turner syndrome, a female is born with only one sex chromosome, an X, and is usually shorter than average and unable to have children, among other difficulties.

Chromosome abnormalities can be inherited from a parent (such as a translocation) or be "de novo" (new to the individual). This is why, when a child is found to have an abnormality, chromosome studies are often performed on the parents.

How do chromosome abnormalities happen?

Chromosome abnormalities usually occur when there is an error in cell division. There are two kinds of cell division, mitosis and meiosis.

In both processes, the correct number of chromosomes is supposed to end up in the resulting cells. However, errors in cell division can result in cells with too few or too many copies of a chromosome. Errors can also occur when the chromosomes are being duplicated.

Other factors that can increase the risk of chromosome abnormalities are: 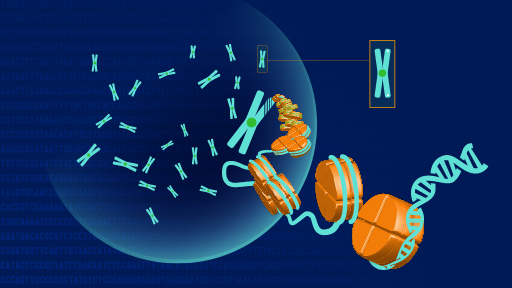 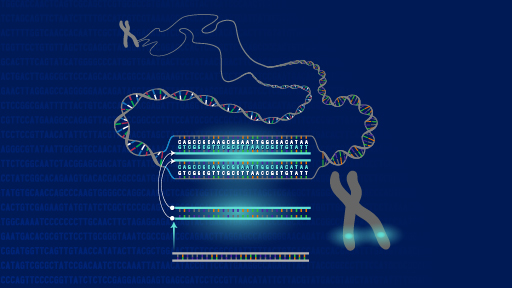