A pedigree is a genetic representation of a family tree that diagrams the inheritance of a trait or disease though several generations. The pedigree shows the relationships between family members and indicates which individuals express or silently carry the trait in question. 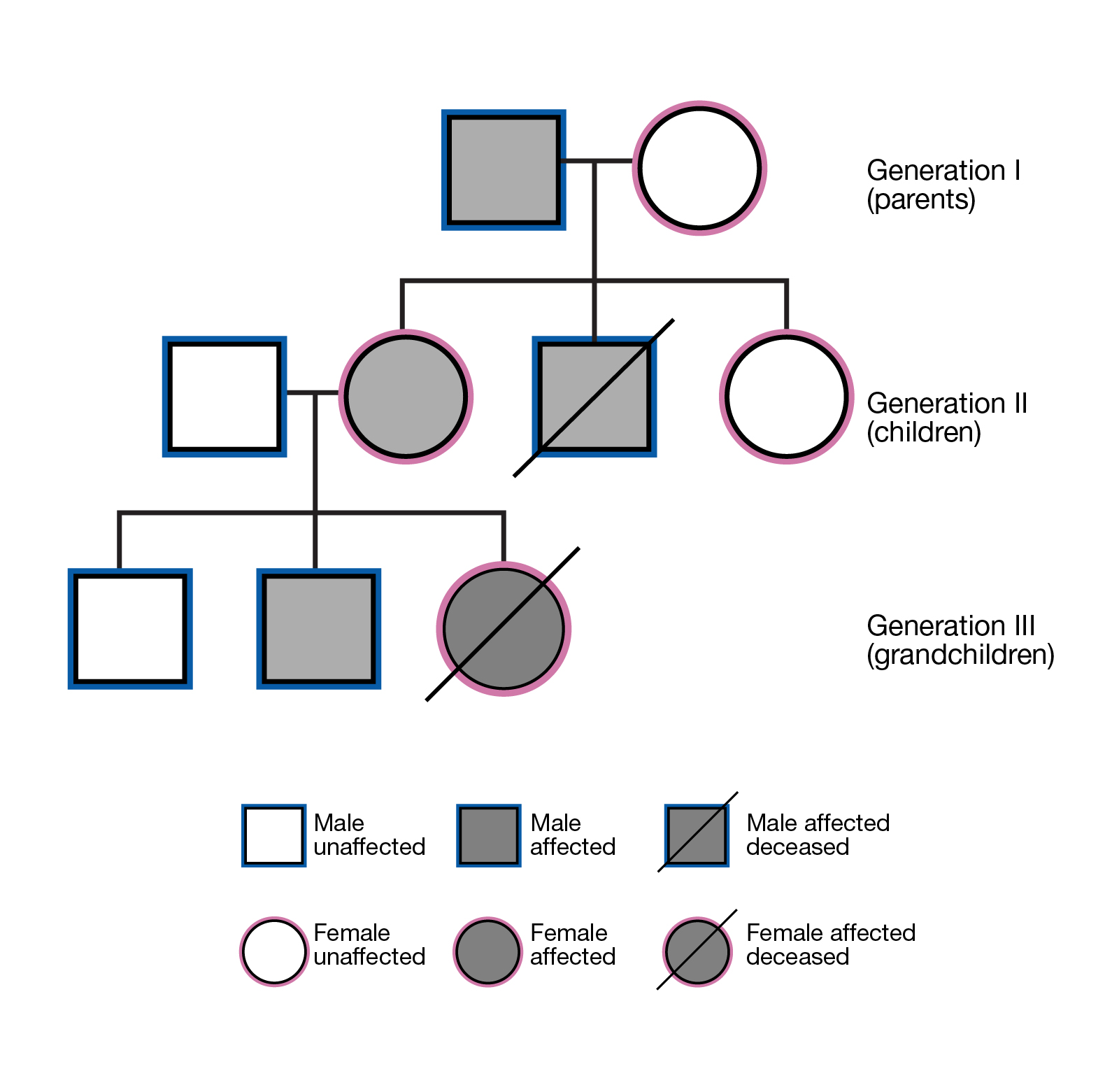 A pedigree is a representation of our family tree. It shows how individuals within a family are related to each other. We can also indicate which individuals have a particular trait or genetic condition. If we take a pedigree, which we usually try to include at least three generations, we might be able to determine how a particular trait is inherited. Using that information, we might be able to tell the chance that a given individual will have the trait themselves or could pass it on to their children. There are standard ways to draw pedigrees so that we can all look at a pedigree and understand it. We use squares to represent males and circles to represent females. We then can number our generations with roman numerals, so the top generation would be generation one, or Roman numeral I. Along this line, we'd indicate males and females. We would indicate marriages between individuals with a horizontal line connecting the two individuals. If an individual has a genetic trait, we would blacken those individuals in or shade them so that it would be understood that they had a particular trait. We would then draw a line, a vertical line, off the horizontal line where we would indicate any of their children that they had, and we would then indicate if any of their children were infected. And we can do this for as many generations as we have. It's important when we draw pedigree that we try to put in as much information as possible. So for example, if there have been children that died in early infancy or were stillborn, we also want to include those individuals. And those are typically shown as very small blackened-in symbols to indicate there was a loss of a child, either in pregnancy or early in life.