On the heels of an international symposium last year called "Global Leaders in Genomic Medicine," top genome scientists from more than 20 countries have joined forces in an effort to improve cooperation and coordination of genomic medicine research worldwide. The payoff could be dramatic.

"Starting with the International Human Genome Project, there's a long history of research collaborations accelerating innovations and breakthroughs in genomic science and medicine," said Teri Manolio, M.D., Ph.D., director of the Division of Genomic Medicine at the National Human Genome Research Institute (NHGRI). "We know that advances in genomic research and medicine are much more likely when groups of investigators join forces rather than when one group works in isolation. That's why we're so enthusiastic about this growing effort." 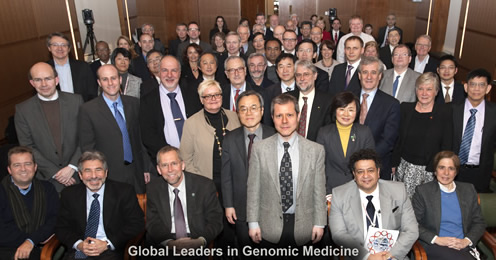 The January 2014 symposium, cohosted by NHGRI and the Institute of Medicine (soon to be renamed the National Academy of Medicine), revealed an astonishing array of genomic medicine research programs throughout the world, not just in science powerhouses like the United States, but also in much smaller nations such as Thailand and Estonia.

However, many of these genomic medicine projects "are being conducted in relative isolation," according to a summary of the symposium published in the June 3, 2015, issue of Science Translational Medicine. As a result, genomic medicine is advancing more slowly than it could.

"There is much to be learned, and the potential for unnecessary duplication is so great that some degree of coordination and sharing of results is critical," according to the report signed by a group of 44 scientists, including Dr. Eric Green, M.D., Ph. D., director of NHGRI, Dr. Manolio, first author of the report, and Laura Lyman Rodriguez, Ph.D., director of the NHGRI Division of Policy, Communications, and Education.

One of the first steps to coordinating international efforts in genomic medicine has been the formation of the Global Genomic Medicine Collaborative (G2MC), said Geoffrey Ginsburg, M.D., Ph.D., meeting co-organizer and director of Genomic Medicine at the Institute for Genome Sciences and Policy and executive director, Center for Personalized and Precision Medicine at Duke University in Durham, N.C. "These 50 leading genome scientists have formed a coalition of the willing who are determined to accelerate translation of genomic research results into clinical application."

The group's stated purposes are: to become a global clearinghouse for genomic medicine research and clinical efforts; to develop opportunities for demonstration projects involving both implementation and outcomes research; and to identify and disseminate best practices in genomic medicine.

G2MC leaders-including co-chair Robyn Ward, M.D., deputy vice-chancellor (Research) at the University of Queensland in Brisbane, Australia, and Dr. Manolio-are also zeroing in on how to finance the group's operations. "This will make it a viable and potentially sustainable organization that can take action rather than just talk," Dr. Ginsburg said. One possible solution is membership fees based on the ability of individual institutions (and possibly governments) to pay.

To get beyond rhetoric, the G2MC has set up a multinational steering committee and created six working groups covering pharmacogenetics (the role of genetics in drug response); generation of clinical evidence; information technology/bioinformatics needs; communications; education of health professionals and overall policies on such issues as data-sharing, regulation and cost-benefit analysis. Not coincidentally, these are the areas highlighted by the 2014 symposium.

The group also is organizing a potentially significant meeting this November in Singapore, hosted by the Singapore National University Health System. The organizers hope to attract as many as 150 participants. They are inviting industry representatives as well as researchers and government officials; many experts believe public-private partnerships will be necessary to achieve the full potential of genomic medicine.

Planners also hope to attract scientists from all of the world's large-scale national sequencing projects. "To the best of our knowledge, this would be the first time that any of these large sequencing programs have actually come together to discuss opportunities for cooperation and synergy," Dr. Manolio said.

There's a lot of coordinating and cooperating to be done. In almost every one of the 26 countries represented at the January 2014 conference, efforts are under way to promote sequencing and other genomic medicine technologies, according to the Science Translational Medicine report.

Among these programs are the following:

"No country has a monopoly on the implementation of genomic medicine," wrote the authors of the Science Translational Medicine article. The lesson they drew from this observation: "Sharing of strategies, data and standards could minimize wasteful duplication and speed progress in identifying genomics-based interventions and translating them to the clinic." 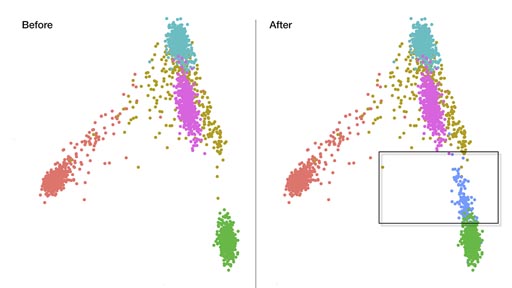