Cancerous tumors are voracious. Once they have consumed all the oxygen and nutrients in the original tumor site, the cancer cells travel to other parts of the body (metastasize) to find more nourishment.

Searching for clues about how the body signals the lack of oxygen in melanoma skin cancer, National Institutes of Health (NIH) researchers focused on HIF1α (hypoxia inducible factor 1 alpha), a protein that acts as a sensor for oxygen and nutrients in many types of cancer. They discovered 40 new genes that are either turned on or off by HIF1α, and 10 genes that were associated with the amount of time it took the melanoma to move from the original tumor to the rest of the body. They published their findings February 6, 2017, in Pigment Cell and Melanoma Research.

"These newly identified genes and genetic pathways in primary melanoma could give researchers new targets for developing personalized treatments for melanoma, and potentially other cancers," said Stacie Loftus, Ph.D., lead author and staff scientist in the Genetic Disease Research Branch at the National Human Genome Research Institute, a part of NIH. "In addition, changes in how the genes are expressed (turned on or off) could be used in the future to predict how and when the cancer cells will spread to other parts of the body and how fast they will grow." 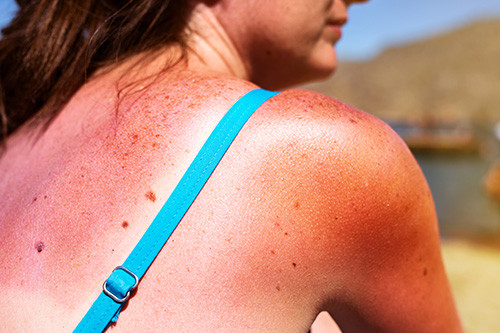 The lifetime risk of an individual being diagnosed with melanoma is 2 percent. With more than 10,130 deaths (and 76,380 new diagnoses) in 2016, melanoma is one of the leading causes of skin cancer-related deaths, according to the National Cancer Institute at NIH. Melanoma occurs when melanocytes -- cells that make pigment in skin and hair -- undergo a malignant transformation. Ultraviolet (UV) rays from the sun and from tanning beds can damage the DNA in skin cells, causing melanoma.

When tumor cells are present in an environment that lacks oxygen and nutrients, they receive a signal that it is time for the cells to move to a different part of the body. Identifying which genes define this critical tumor state provides researchers and clinicians biomarkers of this critical stage of disease progression. Biomarkers are molecules found in the blood, other body fluids or tissues that signal a normal or abnormal process. In melanoma, they can be used to determine tumor stage, diagnosis, therapy selection and when to monitor for disease recurrence.

"In many ways, melanoma is a poster child for precision medicine," Dr. Loftus said. "Current therapies in clinical trials are focused on targeting genetic changes in tumors and helping to boost one's immune system to fight the cancer cells. Identifying how cells respond to their surrounding environment is important information that can be used to help guide treatment decisions for patients."

In the next phase of her work, Dr. Loftus and her team will analyze the roles that HIF1α and other transcription factors play in turning genes on and off in melanocytes and melanomas. They will also delve into the newly discovered genes regulated by low oxygen levels that are distinct from HIF1α to better understand the role they have in tumor progression. 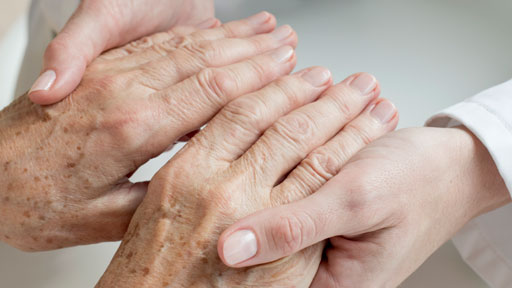