Investigators with The Cancer Genome Atlas (TCGA) Research Network have identified new potential therapeutic targets for a major form of bladder cancer, including important genes and pathways that are disrupted in the disease. They also discovered that, at the molecular level, some subtypes of bladder cancer - also known as urothelial carcinoma - resemble subtypes of breast, head and neck and lung cancers, suggesting similar routes of development.

The researchers' findings provide important insights into the mechanisms underlying bladder cancer, which is estimated to cause more than 15,000 deaths in the United States in 2014. TCGA is a collaboration jointly supported and managed by the National Cancer Institute (NCI) and the National Human Genome Research Institute (NHGRI), both parts of the National Institutes of Health.

In this study, published online Jan. 29, 2014 in Nature, investigators examined bladder cancer that invades the muscle of the bladder, the deadliest form of the disease. The current standard treatments for muscle-invasive bladder cancer include surgery and radiation combined with chemotherapy. There are no recognized second-line therapies - second choices for treatments when the initial therapy does not work - and no approved targeted agents for this type of bladder cancer. Approximately 72,000 new cases of bladder cancer will be diagnosed in the United States in 2014.

"This project has dramatically improved our understanding of the molecular basis of bladder cancers and their relationship to other cancer types," said lead author John Weinstein, M.D., Ph.D., professor and chair of the Department of Bioinformatics and Computational Biology at The University of Texas M.D. Anderson Cancer Center in Houston. "In the long run, the potential molecular targets identified may help us to personalize therapy based on the characteristics of each patient's tumor."

"The real excitement about this project is that we now have a menu of treatment and research directions to pursue," said Seth Lerner, M.D., professor and chair in urologic oncology at Baylor College of Medicine in Houston, and one of the senior authors of the paper. "The field is poised to use this information to make new advances toward therapies for a very difficult to treat form of bladder cancer."

The research team analyzed DNA, RNA and protein data generated from the study of 131 muscle-invasive bladder cancer from patients who had not yet been treated with chemotherapy, radiation or any type of therapy. The scientists found recurrent mutations in 32 genes, including nine that were not previously known to be significantly mutated. They discovered mutations in the TP53 gene in nearly half of the tumor samples, and mutations and other aberrations in the RTK/RAS pathway (which is commonly affected in cancers) in 44 percent of tumors. TP53 makes the p53 tumor suppressor protein, which helps regulate cell division. RTK/RAS is involved in regulating cell growth and development.

The investigators also showed that genes that regulate chromatin - a combination of DNA and protein within a cell's nucleus that determines how genes are expressed - were more frequently mutated in bladder cancer than in any other common cancer studied to date. These findings suggest the possibility of developing therapies to target alterations in chromatin remodeling. 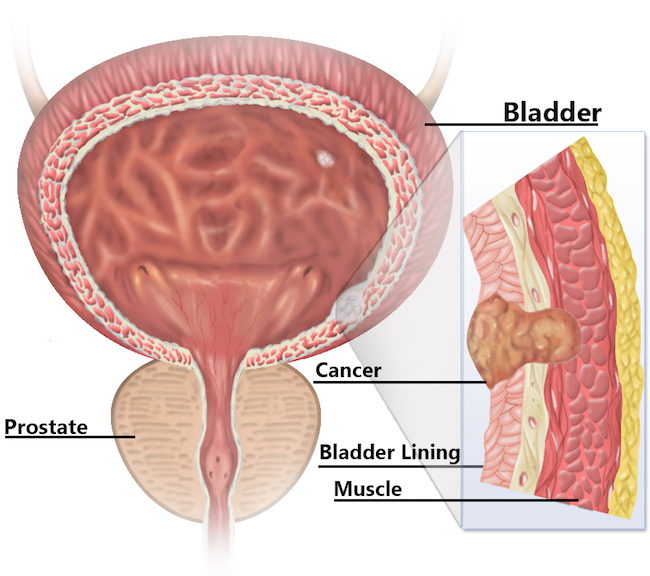 Overall, the researchers identified potential drug targets in 69 percent of the tumors evaluated. They found frequent mutations in the ERBB2, or HER2, gene. The researchers also identified recurring mutations as well as fusions involving other genes such as FGFR3 and in the PI3-kinase/AKT/mTOR pathway, which help control cell division and growth and for which targeted drugs already exist.

Because the HER2 gene and its encoded protein, HER2 - which affects cell growth and development - are implicated in a significant portion of breast cancers, scientists would like to find out if new agents under development against breast cancer can also be effective in treating subsets of bladder cancer patients.

"We've organized our medical care around the affected organ system," Dr. Lerner said. "We have thought of each of these cancers as having its own characteristics unique to the affected organ. Increasingly, we are finding that cancers cross those lines at the molecular level, where some individual cancers affecting different organs look very similar. As targeted drug agents go through preclinical and clinical development, we hope that rather than treating 10 percent of breast cancers or 5 percent of bladder cancers, it eventually will make sense to treat multiple cancer types where the target is expressed." The same theme runs through TCGA's Pan-Cancer project, which is aimed at identifying genomic similarities across cancer types, with the goal of gaining a more global understanding of cancer behavior and development.

"It is increasingly evident that there are genomic commonalities among cancers that we can take advantage of in the future," said NHGRI Director Eric D. Green, M.D., Ph.D. "TCGA is providing us with a repertoire of possibilities for developing new cancer therapeutics."

The scientists also uncovered a potential viral connection to bladder cancer. It is known that animal papilloma viruses can cause bladder cancer. In a small number of cases, DNA from viruses - notably, from HPV16, a form of the virus responsible for cervical cancer - was found in bladder tumors. This suggests that viral infection can contribute to bladder cancer development.

Tobacco is a major risk factor for bladder cancer; more than 70 percent of the cases analyzed in this study occurred in former or current smokers. However, the analysis did not identify major molecular differences between the tumors that developed in patients with or without a history of smoking.

"The definitive molecular portrait of bladder cancer by the TCGA Network has uncovered a promising array of potential therapeutic targets that provides a blueprint for investigations into the activity of existing and novel therapeutic agents in this cancer," said Louis Staudt, M.D., Ph.D., director, NCI Center for Cancer Genomics.

The TCGA Research Network consists of more than 150 researchers at dozens of institutions across the nation. A list of participants is available at http://cancergenome.nih.gov/abouttcga/overview. More details about The Cancer Genome Atlas, including Quick Facts, Q&A, graphics, glossary, a brief guide to genomics and a media library of available images can be found at http://cancergenome.nih.gov.

NCI leads the National Cancer Program and the NIH effort to dramatically reduce the prevalence of cancer and improve the lives of cancer patients and their families, through research into prevention and cancer biology, the development of new interventions, and the training and mentoring of new researchers. For more information about cancer, please visit the NCI website at www.cancer.gov or call NCI's Cancer Information Service at 1-800-4-CANCER (1-800-422-6237). 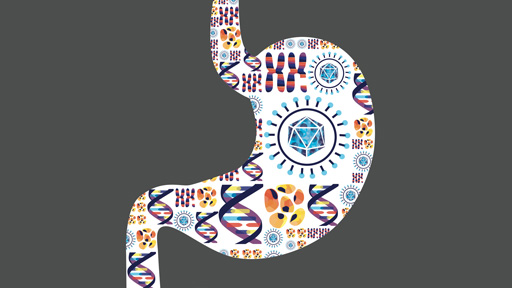