As you make your summer plans — and if you happen to find yourself in the D.C. area — I would encourage you to visit the Genome: Unlocking Life’s Code exhibition at the Smithsonian’s National Museum of Natural History. As described in the December issue of The Genomics Landscape, the exhibition debuted at the Smithsonian in 2013 to commemorate the 60th anniversary of the discovery of the double-helical structure of DNA and the 10th anniversary of the completion of the Human Genome Project. After traveling to 12 states and Canada, the exhibition is now back at the Smithsonian until it officially closes, currently scheduled for the end of November.

Meanwhile, the 96th meeting of the National Advisory Council for Human Genome Research will take place on May 16-17. The open session of the meeting will be videocast live on Monday, May 16. Please join us via GenomeTV starting at 11:30 a.m. ET to hear updates about NHGRI and genomics research more broadly. The first hour of the open session, which will feature my Director’s Report, will also be streamed live on my Twitter account at @NHGRI_Director. 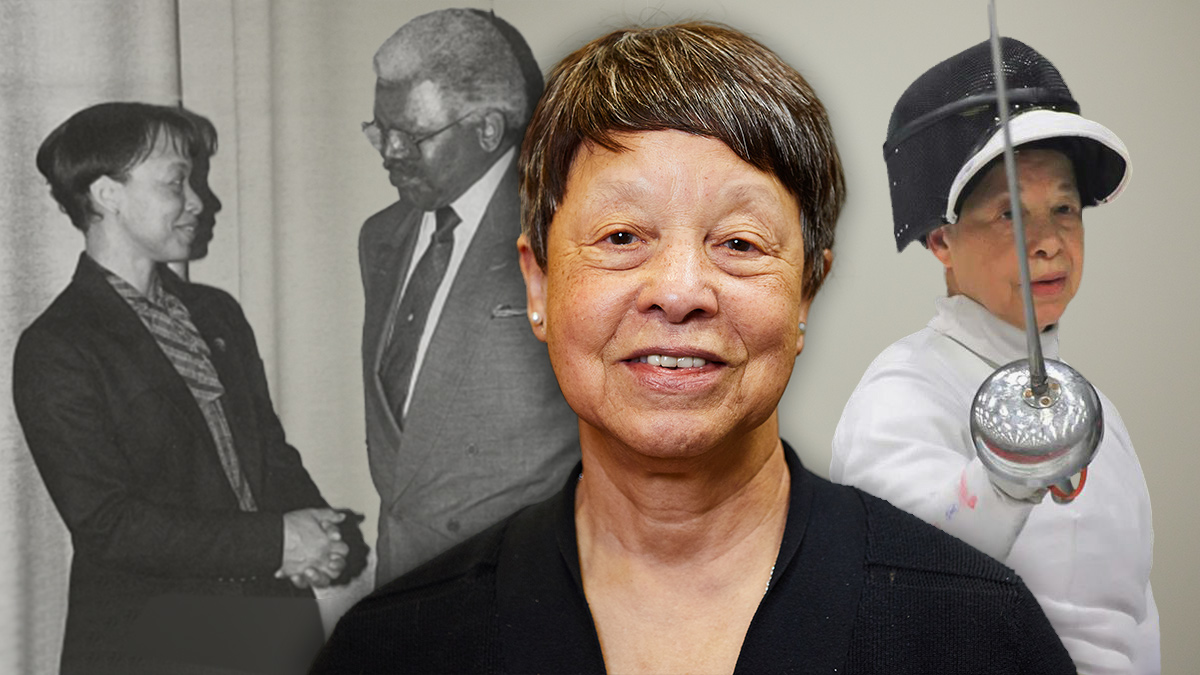 Last month, one of NHGRI’s founding staff members and current leaders, Bettie Graham, Ph.D., reached a truly remarkable milestone: 50 years of service in the federal government. Bettie has been a member of the NHGRI Extramural Research Program since its inception, becoming deeply woven into the fabric of all aspects of NHGRI’s extramural operations. It is hard to overstate the importance of her contributions to NHGRI’s successes over many years.

Bettie earned her bachelor’s degree from Texas Southern University in 1962. She then spent two years as a Peace Corps Volunteer, where her group was one of the first contingent of volunteers deployed to work in foreign countries. She taught math and science in Ahoada, Nigeria. After the Peace Corps, she was admitted to Baylor College of Medicine’s graduate school and earned her doctorate from the Department of Virology and Epidemiology in 1971. Bettie was the first person of color to receive a Ph.D. from Baylor College of Medicine. She came to NIH 1974 as a senior postdoctoral fellow in NCI’s Intramural Research Program. She was also a program director at the Fogarty International Center.

Bettie was the third employee to join the then-named National Center for Human Genome Research (NCHGR) in 1989. She decided to move to NCHGR before it even existed because she could imagine the great opportunities that would come with the Human Genome Project. In her early years at NCHGR/NHGRI, she was involved in the trans-NIH mouse initiative as well as the scientific program management of grants related to mapping technology and the application of mass spectrometry to DNA and protein sequencing.

She currently serves as director of the NHGRI Division of Extramural Operations. In this role, she oversees grants administration and scientific review. The full list of responsibilities that Bettie manages for NHGRI is truly impressive (totaling well beyond her number of years of federal service!). For example, she serves as NHGRI’s Referral Officer, requiring her to review and assign hundreds of grant applications submitted to NHGRI each year to individual program directors. Among her many contributions, she was instrumental in the creation and nurturing of NHGRI’s suite of extramural training programs.

Bettie’s knowledge, experience, and wisdom about all things related to NIH is deeply respected by her colleagues, both inside and outside of NHGRI. She has a wealth of knowledge, especially about the intricacies of program management at NIH. The most vexing process questions seem to be always addressed by Bettie. For any question about NIH procedures, 95% of the time, Bettie has the answer; for the other 5%, she knows whom to ask to get the answer!

If that is not impressive enough, Bettie is a decorated fencer, having won multiple medals on the veteran world epee team and taking home a national epee individual bronze medal in 2016.

Bettie Graham is a truly dedicated, remarkably competent, and overwhelmingly generous individual. NHGRI is happy to celebrate Bettie’s outstanding accomplishments over the past 50 years working for both NHGRI and NIH, and looks forward to her continued contributions and accomplishments in the years ahead. 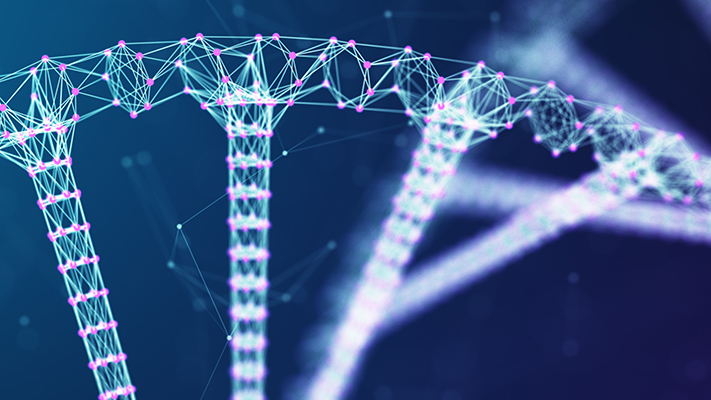 NIH has launched a new website on scientific data sharing. NIH has a long-standing commitment to making the data emanating from its funded research broadly available. This commitment is demonstrated through a variety of data-sharing policies that serve to increase the transparency and availability of scientific data and resources. The new website serves as a central portal, providing information on both NIH-wide and NIH Institute/Center-specific sharing policies and data repositories in a way that is easily sortable and searchable. It contains resources to help address common questions, such as which NIH data-sharing policies apply to a particular research project, how to share and submit data, and how to access data from NIH-supported repositories. NIH also produced a video of the website, highlighting key features and resources. 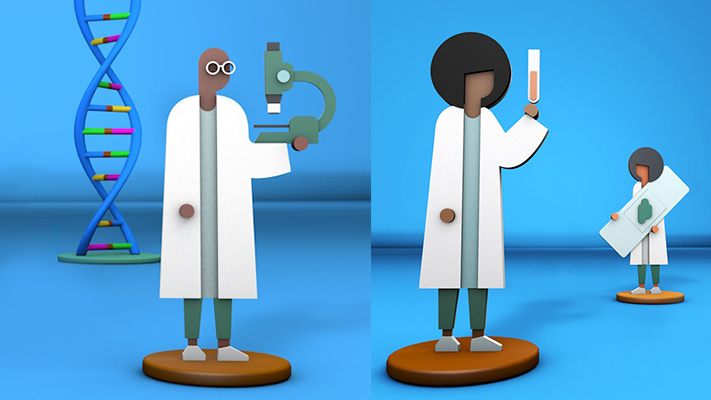 NHGRI and the Smithsonian National Museum of African American History and Culture, with support from the Foundation for the National Institutes of Health, have partnered to host a four-part virtual series underscoring the advances made by African American people in biomedical and genetic science. The first session will be held on May 18, 2022 at 2 p.m. ET. The session, entitled Historically Speaking: African American Medical Science from Reconstruction to the Present, will feature a conversation with physician and historian Vanessa Northington Gamble, M.D., Ph.D., historian Adam Biggs, Ph.D., and historian Wangui Muigai, Ph.D. The session, moderated by journalist and producer Callie Crossley, will discuss African American contributions to science after Emancipation and highlight how African Americans were at the center of groundbreaking medical investigations as both researchers and participants. The session will also discuss the barriers that have prevented these histories from being acknowledged widely by the biomedical research community.

NHGRI panel to discuss the ethical, historical, and societal issues around genomic screening 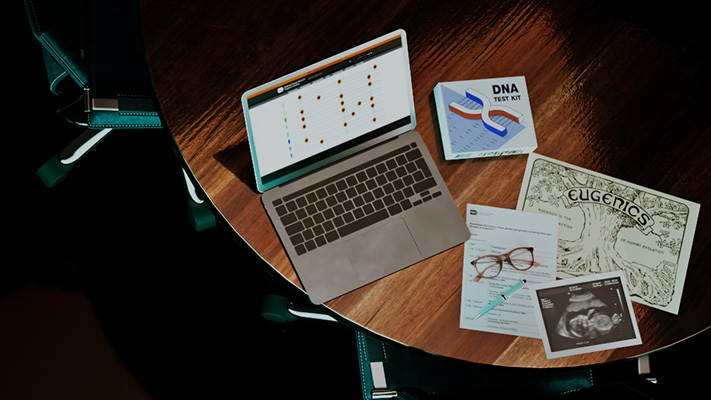 The NHGRI History of Genomics Program and the Office of Communications will convene an expert panel entitled "Does genetic and genomic screening keep open the door to eugenics?" on May 25 to discuss historical and present-day eugenics and scientific racism in the context of genetic and genomic screening technologies. Emerging genome-sequencing technologies may eventually lead to the widespread use of genome sequencing in mainstream medicine. Although the potential individual and public health benefits of such genomic screening are viewed positively by some, scholars have long debated whether such screening and DNA-sequencing technologies also perpetuate simplistic understandings of health, disease, and disability. The convened panelists at this event will discuss the societal, ethical, and philosophical issues surrounding preimplantation genetic diagnosis, noninvasive prenatal genetic testing, and newborn DNA sequencing in the context of eugenics and scientific racism. The event is open to the public, but registration is required.

The 5th Ethical, Legal, and Social Implications Congress (ELSICon2022) will be held on May 31 - June 3, 2022. The theme for this year’s congress is “Innovating for a Just and Equitable Future.” The congress will include over 150 sessions showcasing the latest work in the ELSI research community and a wealth of on-demand content. Networking opportunities will be provided for all presenters and attendees. Researchers, scholars, practitioners, trainees, policymakers, journalists, community members, and all with an interest in ethics and genomics are encouraged to attend. ELSIcon2022 is organized by the Division of Ethics at Columbia University and the Stanford Center for Biomedical Ethics, with support from NHGRI. To stay up to date on ELSIcon2022 activities, follow along on Twitter #ELSIcon2022. This virtual event is free, but registration is required.

What are FAIR Principles, and what’s all the fuss? In 2016, stakeholders came together to endorse “a concise and measurable set of principles” to improve the management and sharing of research data. Findable, Accessible, Interoperable, and Reusable (FAIR) principles are critical elements for making data maximally useful to the research community. Not long after, the Collective Benefit, Authority to Control, Responsibility, and Ethics (CARE) Principles for Indigenous Data Governance were developed, which aimed to ensure that data-sharing movements (like FAIR) would also consider Indigenous peoples’ goals, values, and rights to self-determination.

When you are collecting data that must be shared broadly with the research community, are you following FAIR and CARE Principles? Are you consistently recording metadata (i.e., data that provides relevant information about the data), using commonly accepted data standards, submitting to a FAIR data repository, and working responsibly with Tribal individuals and communities? One must consider these aspects up front, so that responsible use of the data is maximized down the road.

Did you know that NHGRI released a notice in 2021 that outlined expectations for sharing comprehensive and standardized metadata and phenotypic data? The upcoming NIH Data Management and Sharing Policy (which will become effective on January 23, 2023) also requires that investigators who apply for NIH funding describe the data they plan to share and the data standards they plan to use. In addition, the draft supplemental information to the NIH Policy for Data Management and Sharing: Responsible Management and Sharing of American Indian/Alaska Native Participant Data provides information about helpful resources to aid researchers working with Tribal communities. 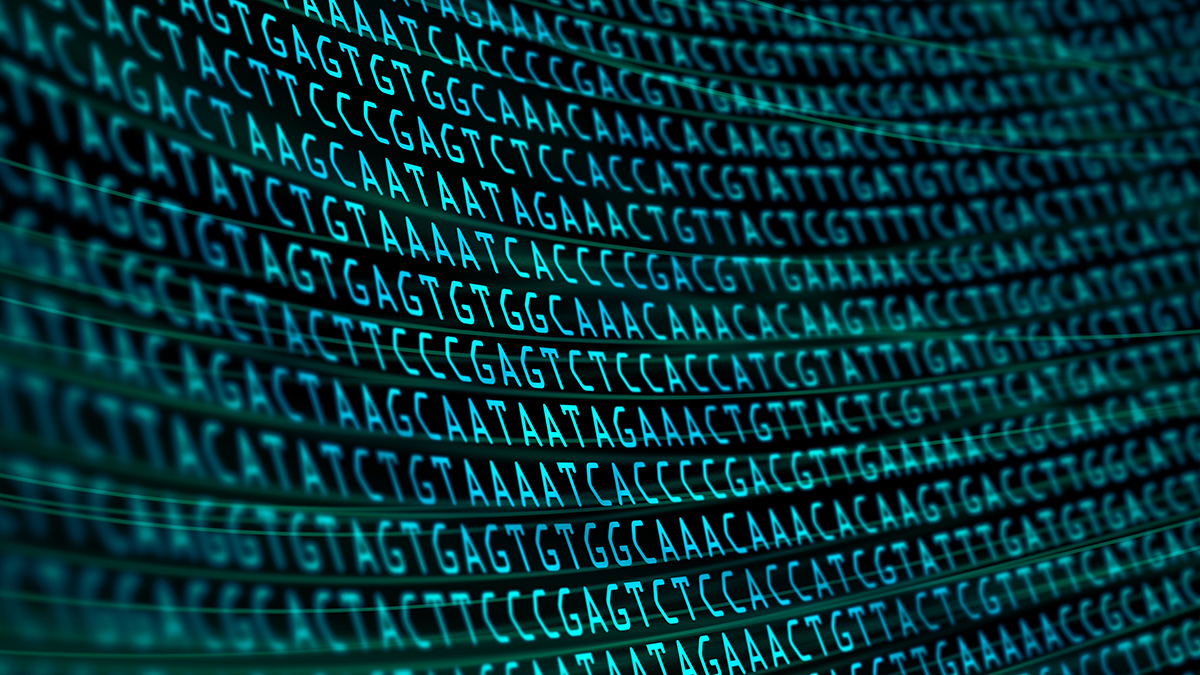 Historically speaking: African American medical science from reconstruction to the present – May 18

Does genetic and genomic screening keep open the door to eugenics? – May 25