It's been more than 10 years since Japanese researchers Shinya Yamanaka, M.D., Ph.D., and his graduate student Kazutoshi Takahashi, Ph.D., developed the breakthrough technique to return any adult cell to its earliest stage of development (a pluripotent stem cell) and change it into different types of cells in the body.

Called induced pluripotent stem cells (iPSCs), this technique opens the doors to medical advances, including generating cartilage cell tissue to repair knees, retinal cells to improve the vision of those with age-related macular degeneration and other eye diseases, and cardiac cells to restore damaged heart tissues.

Despite its immense promise, adoption of iPSCs in biomedical research and medicine has been slowed by concerns that these cells are prone to increased numbers of genetic mutations.

A new study by scientists at the National Human Genome Research Institute (NHGRI), part of the National Institutes of Health, suggests that iPSCs do not develop more mutations than cells that are duplicated by subcloning. Subcloning is a technique where single cells are cultured individually and then grown into a cell line. The technique is similar to the iPSC except the subcloned cells are not treated with the reprogramming factors which were thought to cause mutations. The researchers published their findings on February 6, 2017, in the Proceedings of the National Academy of Sciences. 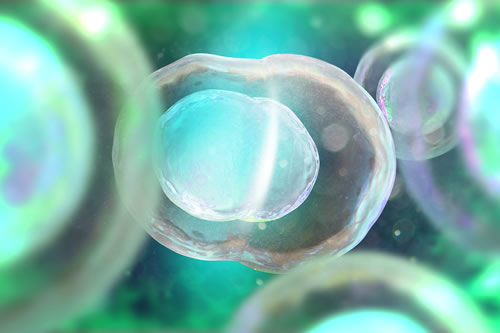 Dr. Liu and his collaborators examined two sets of donated cells: one set from a healthy person and the second set from a person with a blood disease called familial platelet disorder. Using skin cells from the same donor, they created genetically identical copies of the cells using both the iPSC and the subcloning techniques. They then sequenced the DNA of the skin cells as well as the iPSCs and the subcloned cells and determined that mutations occurred at the same rate in cells that were reprogrammed and in cells that were subcloned.

Most genetic variants detected in the iPSCs and subclones were rare genetic variants inherited from the parent skin cells. This finding suggests that most mutations in iPSCs are not generated during the reprogramming or iPSC production phase and provides evidence that iPSCs are stable and safe to use for both basic and clinical research, Dr. Liu said.

"Based on this data, we plan to start using iPSCs to gain a deeper understanding of how diseases start and progress," said Erika Mijin Kwon, Ph.D., co-author and NHGRI post-doctoral research fellow. "We eventually hope to develop new therapies to treat patients with leukemia using their own iPSCs. We encourage other researchers to embrace the use of iPSCs."