Teams of scientists will use support from the National Institutes of Health to conduct research into the genetic underpinnings of Alzheimer's disease, analyzing how genome sequences-the order of chemical letters in a cell's DNA-may contribute to increased risk or protect against the disease. The NIH awarded grants for using innovative new technologies and computational methods for the analysis. The scientists also will seek insights into why some people with known risks do not develop the disease.

The investigators will analyze the genome sequencing data generated during the first phase of the Alzheimer's Disease Sequencing Project (ADSP), an innovative collaboration that began in 2012 between the National Institute on Aging (NIA) and the National Human Genome Research Institute (NHGRI), both part of NIH. The first phase of the project determined the order of all 3 billion letters in the individual genomes of 580 participants. It also generated whole exome sequencing data (focused on the proteins influencing the disorder) of an additional 11,000 volunteers-6,000 with Alzheimer's compared to 5,000 controls. Funds supporting the new analysis come from fiscal 2014 additions to the NIA budget directed at intensifying Alzheimer's research.

"We are delighted to support the important research being accomplished under this broad-based, collaborative effort. This team effort is vital to advancing a deeper understanding of the genetic variants involved in this complex and devastating disease and to the shared goal of finding targets for effective interventions," said NIH Director Francis S. Collins, M.D., Ph.D.

The effort is critical to accomplishing the genetic research goals outlined in the National Plan to Address Alzheimer's Disease, first announced by the U.S. Department of Health and Human Services in May 2012 and updated annually. Developed under the National Alzheimer's Project Act,the plan provides a framework for a coordinated and concentrated effort in research, care and services for Alzheimer's and related dementias. Its primary research goal is to prevent and effectively treat Alzheimer's disease by 2025. The recommendation to conduct these specific types of studies came from the NIH-supported Alzheimer's Disease Research Summit 2012: Path to Treatment and Prevention, and applications were submitted in response to an NIH call for applications issued in May 2012.

"Working closely with our NHGRI colleagues to build, store and make freely accessible to researchers the ADSP datasets, we have opened up new avenues for research. Building on that cache of data, we have moved quickly to this next stage of analyzing the data in new and innovative ways," said NIA Director Richard J. Hodes, M.D.

With these awards, multiple research teams will use the ADSP data to identify rare genetic variants that protect against, or contribute to, Alzheimer's disease, explore differences in data from different racial/ethnic groups, and examine how brain images and other biomarkers are associated with genome sequences.

The projects made possible by the new funding are:

To further the ADSP goals, the grantees will collaborate with the NHGRI Large-Scale Sequencing and Analysis Centers program, an NIH-supported consortium that generates and analyzes large genome sequence datasets for biomedical research projects.

"The ADSP data generated over the last two years are now paving the way for cutting-edge investigations that may lead to new targets for drug development. The upcoming data analyses will be pivotal for realizing that vision," said NHGRI Director Eric D. Green, M.D., Ph.D.

The National Human Genome Research Institute is one of the 27 Institutes and Centers at the National Institutes of Health. The NHGRI Extramural Research Program supports grants for research and training and career development at sites nationwide. Additional information about NHGRI can be found at www.genome.gov.

The National Institute on Aging leads the federal government effort conducting and supporting research on aging and the health and well-being of older people. It provides information on age-related cognitive change and neurodegenerative disease specifically at its Alzheimer's Disease Education and Referral (ADEAR) Center at www.nia.nih.gov/Alzheimers.

About the National Institutes of Health (NIH): NIH, the nation's medical research agency, includes 27 Institutes and Centers and is a component of the U.S. Department of Health and Human Services. NIH is the primary federal agency conducting and supporting basic, clinical, and translational medical research, and is investigating the causes, treatments and cures for both common and rare diseases. For more information about NIH and its programs, visit www.nih.gov. NIH...Turning Discovery Into Health® 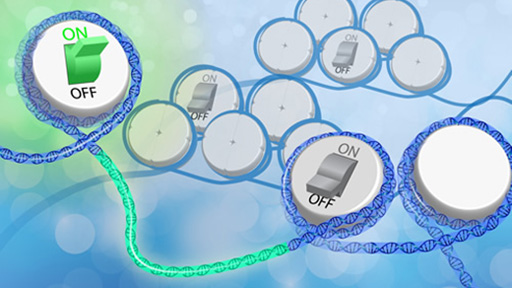