Smoking has long been associated with an increase in heart-clogging cholesterol but the role that a smoker's genes play in their cholesterol levels has been a mystery - until now.

Accounting for a Lifestyle Factors

National Institutes of Health researchers and their collaborators identified 13 new gene regions that influence cholesterol levels, some of which affected people differently if they are smokers or former smokers. Published March 29, 2019, in Nature Genetics, this is one of the largest study of lipids (a fat or fat-like substance in the blood) in people of African ancestry.

The researchers investigated whether smoking affected the relationship between an individual's gene variants and their lipids. Lipids consist of low-density lipoproteins (LDL), high-density lipoproteins (HDL) and triglycerides. LDL is sometimes called "bad" cholesterol because it blocks blood vessels and increases a person's risk of heart disease.

"This study is important because it shows that accounting for a lifestyle factor like smoking in an analysis can help identify new regions of the genome that affect lipids," said Amy R. Bentley, Ph.D., the study's lead author and a staff scientist at the National Human Genome Research Institute's Center for Research on Genomics and Global Health (CRGGH). "This discovery will increase our understanding of the biology of lipids and may eventually suggest new potential treatments and preventive approaches for unhealthy cholesterol levels."

The researchers made a concerted effort to include many people of non-European ancestry since there are too few genomics studies of diverse people. Of the 133,805 total participants in the study's first stage, 23,753 were of African descent. Of the 253,467 total participants in the second stage, 30,970 people were of African descent. This study is one of the largest of lipids in terms of number of participants with African ancestry. This enabled researchers to find new gene regions associated with lipids that could not be found in previous studies of mostly Europeans because the DNA variations are only found in people with African ancestry. However, researchers found that they still did not have a large enough numbers of African ancestry participants for some analyses and expect that larger samples will lead to more new findings. Europeans, Asians, Hispanics and Brazilians were also included in the study's 126 groups.

In addition to the need for participant diversity, detecting gene-lifestyle interactions requires massive amounts of data. Researchers from more than 200 institutions around the world assembled data on nearly 400,000 individuals to search for how genes interact with smoking in the context of lipid levels. The researchers are part of the Cohorts for Heart and Aging Research in Genomic Epidemiology (CHARGE), which facilitates genome-wide association studies. A genome-wide association study involves scanning the complete sets of DNA, or genomes, of many people to find gene variations associated with a particular disease. The bigger the study group, the more genomic markers can be identified.

The study builds on CRGGH research activities that seek to shed light on how culture, lifestyle and genetics work together to increase or decrease susceptibility to diseases at the individual or population levels. "It is important to study the combination of lifestyle and genomics on our susceptibility or resistance to diseases," said Charles N. Rotimi, Ph.D., CRGGH director and chief and senior investigator of NHGRI's Metabolic, Cardiovascular and Inflammatory Disease Genomics Branch. "It is also important to note that despite the large number of individuals included in this study, an even larger study might lead to more discoveries and insights in the biological basis of common diseases."

The researchers next plan to continue to investigate how different cultural and lifestyle factors work with DNA to influence disease susceptibility and health disparities. They are also investigating how to conduct experiments in collaboration with other labs to test how smoking could be affecting lipids through the interaction with the genomic variants that they identified in this study. 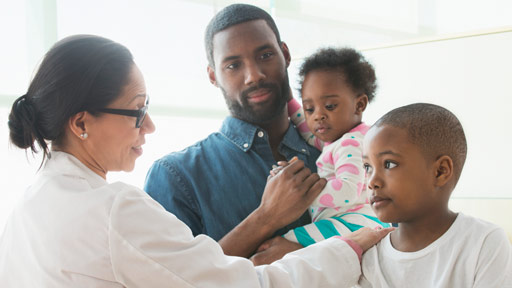