As Summer 2020 comes to an end, many of us continue to spend the bulk of our time working from home. If you are seeking some virtual connections to genomics, I would like to offer some “remote learning” opportunities provided by NHGRI. Last month, Dr. Sara Hull (NHGRI Bioethics Core Director) and I answered questions about bioethics and genomics research on Twitter as part of #AskDrGenome. Meanwhile, the NHGRI History of Genomics Program continues to showcase oral history interviews with prominent genomicists – specifically, one per week leading up to the 30th anniversary of the launch of the Human Genome Project in October 2020. Check out the latest oral histories by George Church, Wendy Chung, Jonathan Pritchard, and Carlos Bustamante. Finally, the 91st meeting of the National Advisory Council for Human Genome Research will take place on September 14-15. As usual, the “Open Session” of that meeting will be videocast live on Monday, September 14 – please join via GenomeTV starting at 11:30 a.m. EST to hear updates about NHGRI and genomics research more broadly. 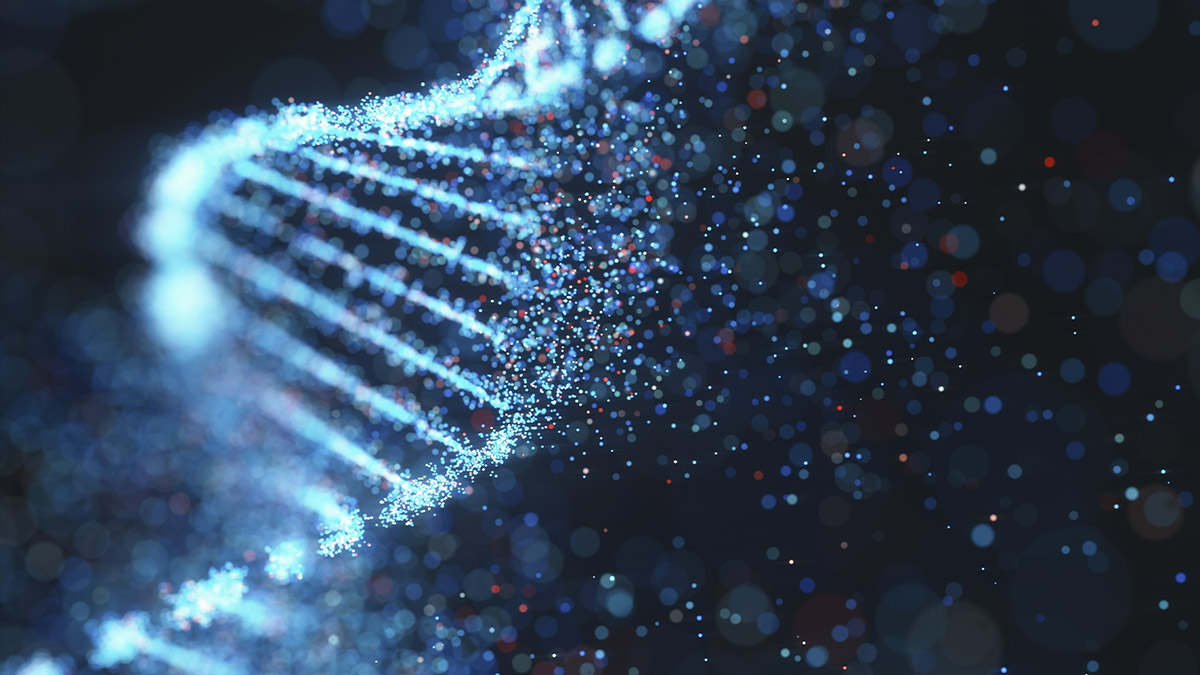 One of the central challenges in biology is understanding how genomic variation affects genome function to influence phenotypes. NHGRI recently issued multiple funding opportunities to establish the Impact of Genomic Variation on Function (IGVF) Consortium, the overarching aim of which is to apply experimental and computational approaches for systematically examining the relationships among genomic variation, genome function, and phenotypes.

Over the past two decades, researchers have cataloged numerous genomic variants that may play a role in human disease. However, there is limited information about how any of those variants specifically affect genome function or actually confer risk for disease. Improved approaches are thus needed for linking associated variants to changes in genome function, and this will require establishing the variants’ relationships to relevant genes and their regulatory elements, cell types, and biological pathways.

The IGVF Consortium is being designed to advance the state-of-the-art for finding and characterizing genomic variants, the genomic elements in which they reside or affect, and the influences that they have on human health and disease. These efforts will include, but are not limited to, selecting variants for systematic testing; applying genomic perturbation methods and assaying for specific phenotypes; measuring changes in gene and regulatory element activity; identifying and testing network-level relationships among variants, elements, genes, and phenotypes; applying single-cell, high-throughput “omics” methods to study genes and regulatory elements; and developing computational approaches to model and predict relationships among variation, function, and phenotype. The program will also produce data resources, tools, models, methods, standards, and technologies that will be used by researchers both inside and outside the consortium.

The IGVF Consortium will encompass five components: Functional Characterization Centers, Regulatory Network Projects, Mapping Centers, a Data and Administrative Coordinating Center, and Predictive Modeling Projects. For each of these, a request for applications was issued, as follows: Systematic Characterization of Genomic Variation on Genomic Function and Phenotype, Defining Genomic Influence on Gene Network Regulation, Single-cell Profiling of Regulatory Element and Gene Activity in Relationship to Genome Function, Genomic Variation and Function Data and Administrative Coordinating Center, and Developing Predictive Models of the Impact of Genomic Variation on Function. Interested applicants are encouraged to join the pre-application webinars being held on September 3 and 9. Following the webinars, answers to Frequently Asked Questions will be made available on the IGVF website. Interested applicants are also encouraged to reach out to the NHGRI staff contacts listed in the funding opportunity announcements.

The IGVF Consortium will build on the input received as part of NHGRI’s ‘Genomics2020’ strategic planning process, including the January 2019 workshop "From Genome to Phenotype: Genomic Variation Identification, Association, and Function in Human Health and Disease." In addition, the IGVF Consortium aligns with key elements of NHGRI’s new strategic vision, which will be published in October 2020.

While much is known separately about genomic variation and about genome function, researchers recognize the need to understand the interplay of the two. By developing genome-wide approaches and resources, the IGVF Consortium aims to advance the understanding of how genomic variation affects genome function to influence phenotypes and human health. 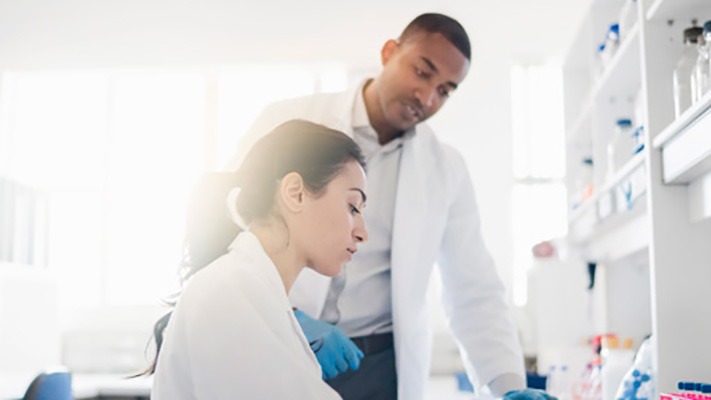 NHGRI recently announced that nine institutions will be awarded Genomic Innovator Awards to support the research of 12 early career genomics researchers. The awards will total ~$27 million over five years. The Genomic Innovator Awards aim to support investigators who are early in their careers and perform innovative genomics research either as part of a consortium or via team-science efforts. The awards aim to provide researchers with the flexibility to pursue different research directions within a broad scientific area. This year, NHGRI will begin supporting 12 scientists, double the number whose support began in 2019. Each of these scientists leads inspiring work in areas such as CRISPR technology development, genomic medicine, and genomics in historically marginalized populations. To learn about the 2020 list of awardees, read the story here.  Applications for the next round of Genomic Innovator Awards are due on October 30, 2020. 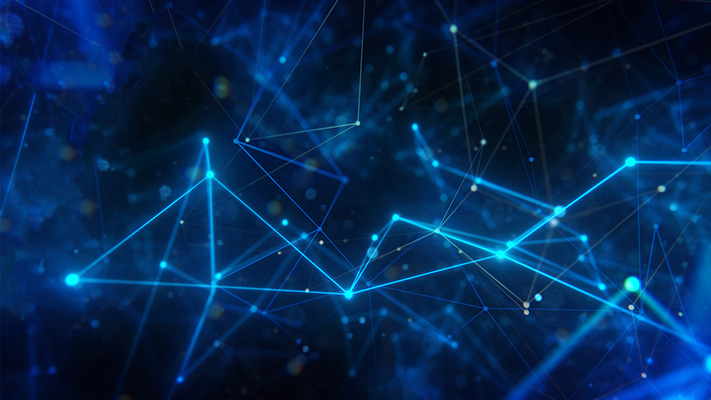 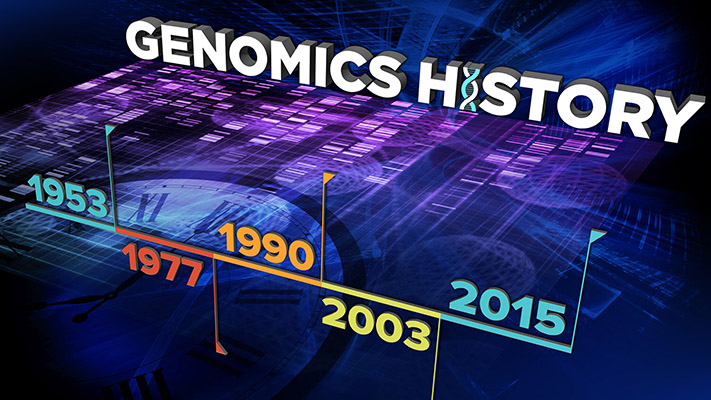 For nearly a decade, NHGRI has supported a History of Genomics Program that focuses on scholarship, science communications, and the preservation of historical assets related to the field of genomics, including those from the Human Genome Project and major genomics programs that followed it. Building on that program’s success, NHGRI is now offering a two-year postdoctoral fellowship (with an option for a third year) to conduct scholarly pursuits in collaboration with the History of Genomics Program as part of the institute’s Intramural Research Program (specifically, within the Engagement Methods Unit of the Social and Behavioral Research Branch). The selected fellow will be expected to produce scholarly writings related to the history of genomics and to pursue original research studies, with special emphasis on engagement with diverse and underserved groups. 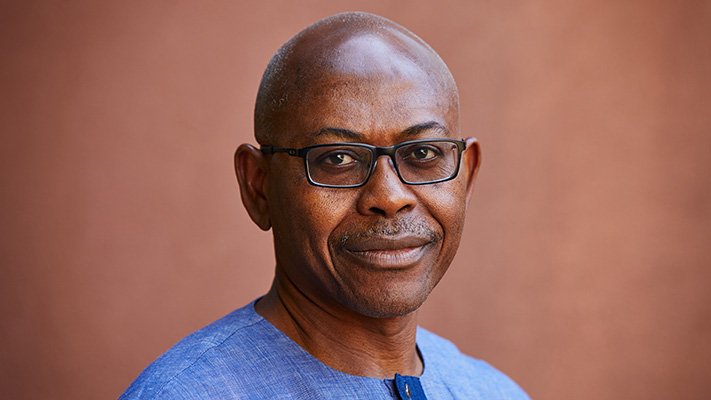 Charles Rotimi, Ph.D., has been elected the 2022 President of the American Society of Human Genetics (ASHG), a professional organization for human genetics specialists worldwide. Dr. Rotimi is an NIH Distinguished Investigator and Director of the NIH Center for Research on Genomics and Global Health, as well as Chief of the Metabolic, Cardiovascular, and Inflammatory Disease Genomics Branch in NHGRI’s Intramural Research Program. He is a genetic epidemiologist who conducts innovative research to understand the genomic, social, and cultural determinants of metabolic diseases with implications for health disparities. His research group published the first genome-wide scan for hypertension and blood pressure in African Americans and for type-2 diabetes in West Africans. Along with his collaborators, Dr. Rotimi has contributed to the global understanding of human genomic variation by actively participating in the development of international genomic resources, including through the HapMap project, 1000 Genomes project, and the African Genome Variation Project. He is a longtime member of ASHG, having served on the Society’s Board of Directors from 2015-18 and currently serving on the Diversity and Inclusion Task Force. Dr. Rotimi will be serving as the 2022 ASHG President in his personal capacity. 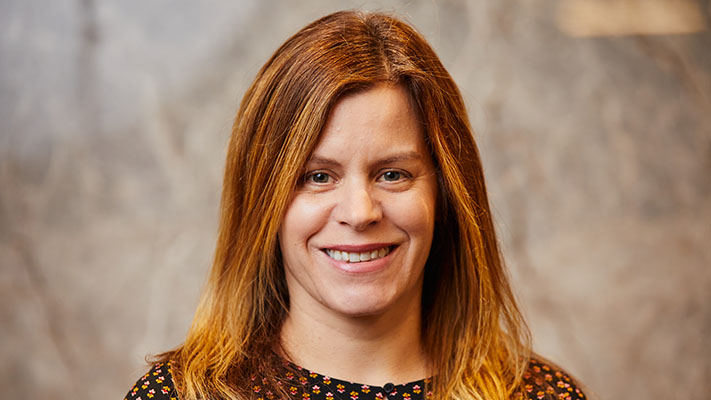 Erin Ramos, Ph,D., M.P.H., has been appointed deputy director of NHGRI’s Division of Genomic Medicine. Dr. Ramos joined NHGRI in 2007 after completing her Ph.D. in Public Health Genetics at the University of Washington, where she studied Alzheimer’s disease. Soon after her arrival, she stepped up to design and launch the Phenotypes and Exposures (PhenX) Toolkit, building it into a highly successful program that spans multiple NIH Institutes/Centers and agencies. She also established and co-chaired the first trans-NIH Data Access Committee for the Genetic Association Information Network (GAIN), which provided access to some of the earliest genome-wide association studies available in dbGaP, and she continues to play a key role in data sharing policy development and implementation as co-chair of NHGRI’s Genomic Data Sharing Governance Committee. In 2012, she provided founding leadership for the Clinical Genome (ClinGen) Resource, an authoritative central resource to define the clinical relevance of genes and variants for use in precision medicine and research, and has continued to build the program into an internationally recognized success that involves over 1,400 investigators from 35 countries and 55 curation working groups. In her new role, Dr. Ramos will work together with the Director of the Division of Genomic Medicine, Dr. Teri Manolio, to plan and implement current and future genomic medicine programs. 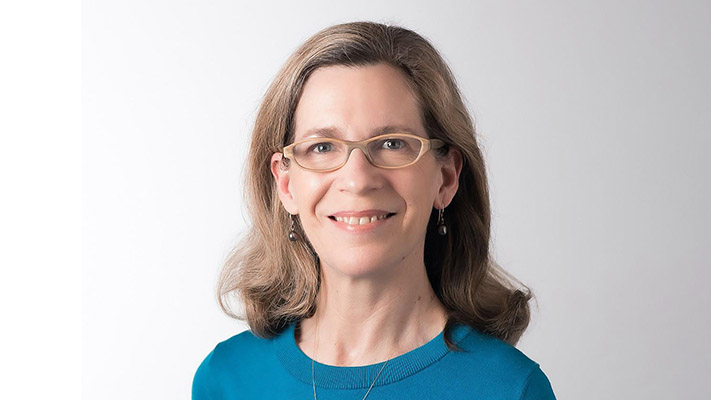 Lindsey Criswell, M.D., M.P.H., D.Sc., has been selected to be director of NIH’s National Institute of Arthritis and Musculoskeletal and Skin Diseases (NIAMS). Dr. Criswell is a rheumatologist with experience as a clinician, researcher, and administrator. She currently serves as the vice chancellor of research at the University of California, San Francisco (UCSF). She is a professor of rheumatology in UCSF’s Department of Medicine as well as a professor of orofacial sciences in its School of Dentistry. Dr. Criswell has been a principal investigator on multiple NIH grants. Her research focuses on the genetics and epidemiology of human autoimmune disease, particularly rheumatoid arthritis and systemic lupus erythematosus. Using genome-wide association and other genetic study designs, her research group contributed to the identification of more than 30 genes linked to these disorders. As NIAMS director, Dr. Criswell will oversee the Institute’s annual budget of nearly $625 million, which supports research into the causes, treatment, and prevention of arthritis and musculoskeletal and skin diseases. Dr. Criswell is expected to begin her new role in early 2021. 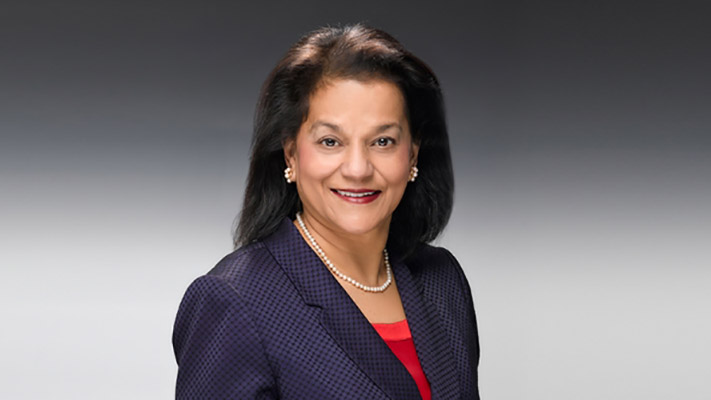 Rena D’Souza, D.D.S., M.S., Ph.D., has been selected to be director of NIH’s National Institute of Dental and Craniofacial Research (NIDCR). Dr. D’Souza has a long history of academic leadership, as well as significant experience in craniofacial development, genetics, tooth development, and regenerative dental medicine. She currently serves as the assistant vice president for academic affairs and education for health sciences at the University of Utah, Salt Lake City. There, she also serves as a professor of dentistry; the Ole and Marty Jensen Chair of the School of Dentistry; and professor of neurobiology and anatomy, pathology, and surgery in the School of Medicine and the Department of Biomedical Engineering. She is a devoted mentor and champion of diversity in the biomedical research workforce. Since 1985, she has served as a volunteer dentist for women in need and people struggling with homelessness in Salt Lake City, Dallas, and Houston. As NIDCR director, Dr. D’Souza will oversee the institute’s annual budget of over $475 million, which supports basic, translational, and clinical research in areas of oral cancer, orofacial pain, tooth decay, periodontal disease, salivary gland dysfunction, craniofacial development, and disorders and oral complications of systemic diseases. Dr. D’Souza is expected to begin her new role later this year.

A new view of the 3D genome

Charting a rapid course toward better COVID-19 tests and treatments

Dr. Collins talks with PBS Amanpour and Company’s Walter Isaacson on the latest in COVID-19 research

Dr. Collins talks to the Wall Street Journal about his personal faith journey, concerns over vaccine hesitancy and health disparities spotlighted by COVID-19

Addressing the twin challenges of substance use disorders and COVID-19

Dr. Collins talks about COVID-19 vaccine hesitancy and trusting the science in an interview with Fox News

People with intellectual and developmental disabilities disproportionately affected by COVID-19

Systematic characterization of genomic variation on genomic function and phenotype

Developing predictive models of the impact of genomic variation on function

Drs. Collins and Wolinetz pen a JAMA Viewpoint remembering Henrietta Lacks on her 100th birthday and calling for the establishment of stronger biospecimen consent policies