Thirty years ago, today, the Human Genome Project (HGP) officially launched. I was there on the starting line, then a postdoctoral research fellow in the laboratory of genomics pioneer Maynard Olson at Washington University School of Medicine. The university was fortunate to have been awarded one of the first center grants for the Human Genome Project by the then-named National Center for Human Genome Research. For that grant, I led a small research group charged with making a physical map of human chromosome 7 (something we completed ~7 years later). I vividly remember feelings of profound uncertainty as to whether we really knew how to scale up our nascent mapping methods to tackle something as large as a whole human chromosome. By the way, we were not yet worrying about how we were actually going to sequence an entire human chromosome – that was a problem for another day!

Here we are 30 years later, with the Human Genome Project successfully completed and genomics maturing into a well-respected discipline. I am so glad that I did not listen to the advice from those who warned me that the Human Genome Project was not an endeavor for a serious postdoctoral research fellow and that genomics was not a field with a bright future! But while it is great fun to reminisce (and NHGRI will be doing plenty of that over the next few weeks), it is also important to plan ahead. Towards that end, our commemoration of the 30th anniversary of the Human Genome Project’s launch will culminate with publishing the new 2020 NHGRI Strategic Vision. I urge you to monitor genome.gov during the last week of October, and you can expect to read more about the Institute’s new Strategic Vision in next month’s The Genomics Landscape. 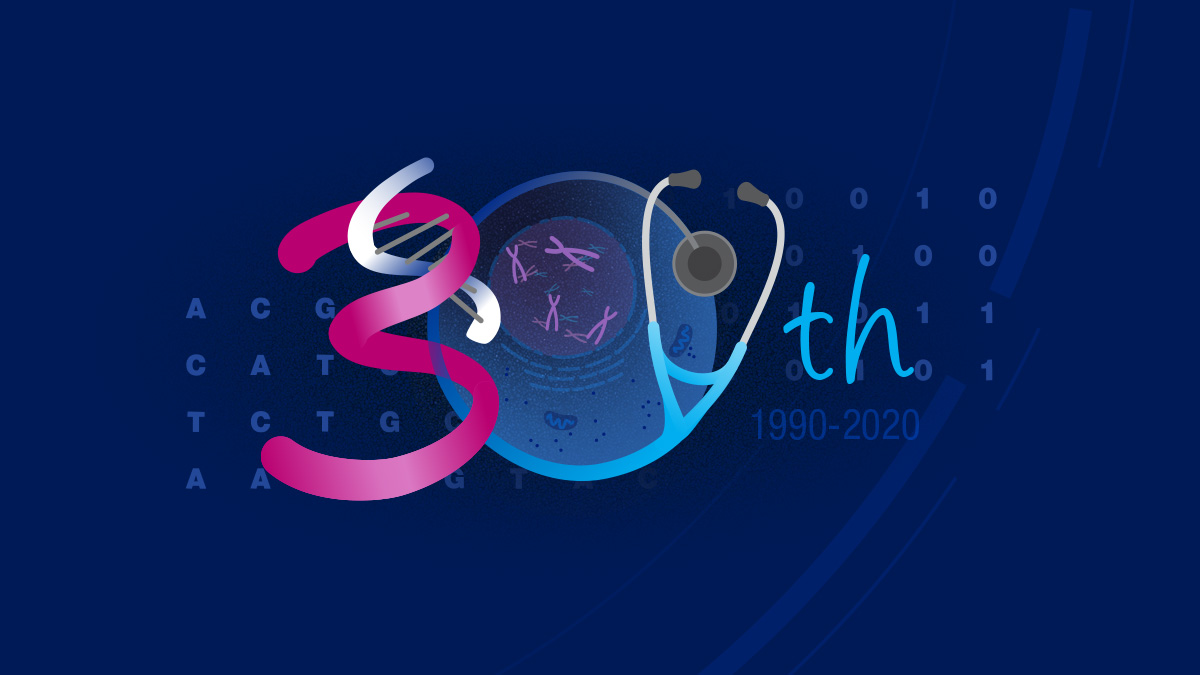 October 1, 2020, marks the official 30th anniversary of the launch of the Human Genome Project (HGP). Thirty years ago, the first funds from the NIH were awarded to research grants aimed at developing the scientific approaches, technologies, and resources needed to map and later sequence the genomes of a small, select set of organisms. These would be steppingstones to the signature goal of sequencing the entire human genome. Previous work had started at the U.S. Department of Energy (DOE), and by October 1990, NIH and DOE, along with several international partners, had fully committed to the audacious goals of the HGP.

A special committee of the U.S. National Academy of Sciences (NAS) first articulated the general framing for the HGP in 1988. The main goals of the Project laid out in this report included the creation of physical and genetic maps of the human genome, the generation of a high-quality human genome sequence, and parallel genome mapping and sequencing for a set of five model organisms. All of these goals were ultimately achieved within the time frame and budget first estimated by the NAS committee. Subsequently, the Project was aided by a series of overlapping five-year plans jointly written by NIH and DOE and by the commitment of international partners in the United Kingdom, France, Germany, Japan, and China.

The HGP was not without its skeptics: some were concerned about investing significant funds into a single top-down managed research effort and others thought the Project was unlikely to succeed. A certain amount of healthy skepticism was warranted, as the then-available approaches for mapping and sequencing DNA had never been scaled up to the extent that would be needed for tackling something as large as the 3 billion-base human genome. Later, the HGP faced a competitive challenge from the private sector. Throughout it all, the HGP researchers were committed to maintaining high-quality data standards and providing rapid data release.

Recognizing the significance of this 30th anniversary, NHGRI’s History of Genomics Program within the Communications and Public Liaison Branch has been busy producing materials that commemorate this milestone and that celebrate the HGP and its legacy. This has included showcasing 30 oral histories with prominent genomicists — specifically highlighting one per week, leading up to the 30th anniversary itself. Interviewees include early HGP architects, NIH staff who managed the HGP, directors of some of the major HGP centers, and genomics researchers whose work has been built on the success of the HGP.

NHGRI recently launched a social media campaign for the 30th anniversary that features video testimonials about the HGP from genomics and genetics researchers. Participants, such as NIH Director Francis Collins, reflect on how the HGP affected their careers and what they think are the key legacies of the HGP. NHGRI has recorded some of these testimonials, but others are welcome to make their own videos and post them to Twitter with the hashtags #HGPselfie and #Genomics2020.

The highlight of the Institute’s commemoration of the 30th anniversary of the HGP’s launch will be the publication of the new 2020 NHGRI Strategic Vision later this month. NHGRI embarked on a new strategic planning process in early 2018, dubbed Genomics2020. That process ultimately involved more than 50 events with numerous stakeholders and communities, which garnered the input needed for producing a compelling and informative vision for the future of human genomics. The final paper, entitled “Strategic Vision for Improving Human Health at The Forefront of Genomics,” is now in press and will be published in late October. The new 2020 NHGRI Strategic Vision will serve as a fitting tribute to the many people who contributed to the HGP worldwide — starting 30 years ago. 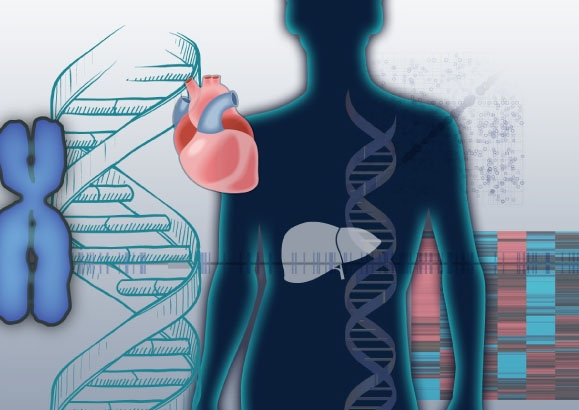 Researchers from the Genotype-Tissue Expression Project (GTEx) consortium, an NIH Common Fund project co-led by NHGRI and the National Institute of Mental Health, recently published a set of studies describing how DNA variation can alter gene expression. The group of papers, published in Science and other journals, reflects the consortium’s decade-long work and describes the largest and most comprehensive catalog of genomic variants that affect gene expression produced to date. The studies focus on quantitative trait loci (QTL), specifically associations between known genomic variants and the level of gene expression in various tissues. The results shed light on the types of gene-expression changes that occur in 52 human tissues, including brain, heart, and lungs. The resulting dataset is available on the GTEx portal. 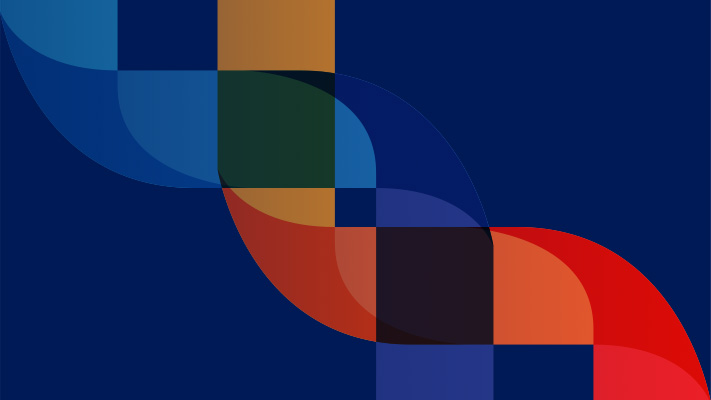 Every summer, NHGRI’s Education and Community Involvement Branch hosts an annual Short Course in Genomics for middle school, high school, community college, and Tribal College science educators. In a typical year, about 30 educators travel to NIH to hear lectures, tour research laboratories, receive teaching resources, network, and exchange ideas with NHGRI and NIH researchers, clinicians, and staff. For the first time, this year’s course was held in a virtual format, which necessitated pre-recording some of the course lectures. In the coming weeks, several of the recorded lectures will be released on NHGRI’s Facebook page and Twitter accounts. In addition, four lesson plan modules on the microbiome are slated to be released in early October; these modules were designed by Short Course alumni educators in partnership with NHGRI education and scientific staff. For more details on the Short Course, you can check out their new paper published in Genetics in Medicine. If you are a middle school, high school, community college, or Tribal College science educator interested in applying to next summer’s Short Course in Genomics, visit the course’s website (with applications opening in February 2021). 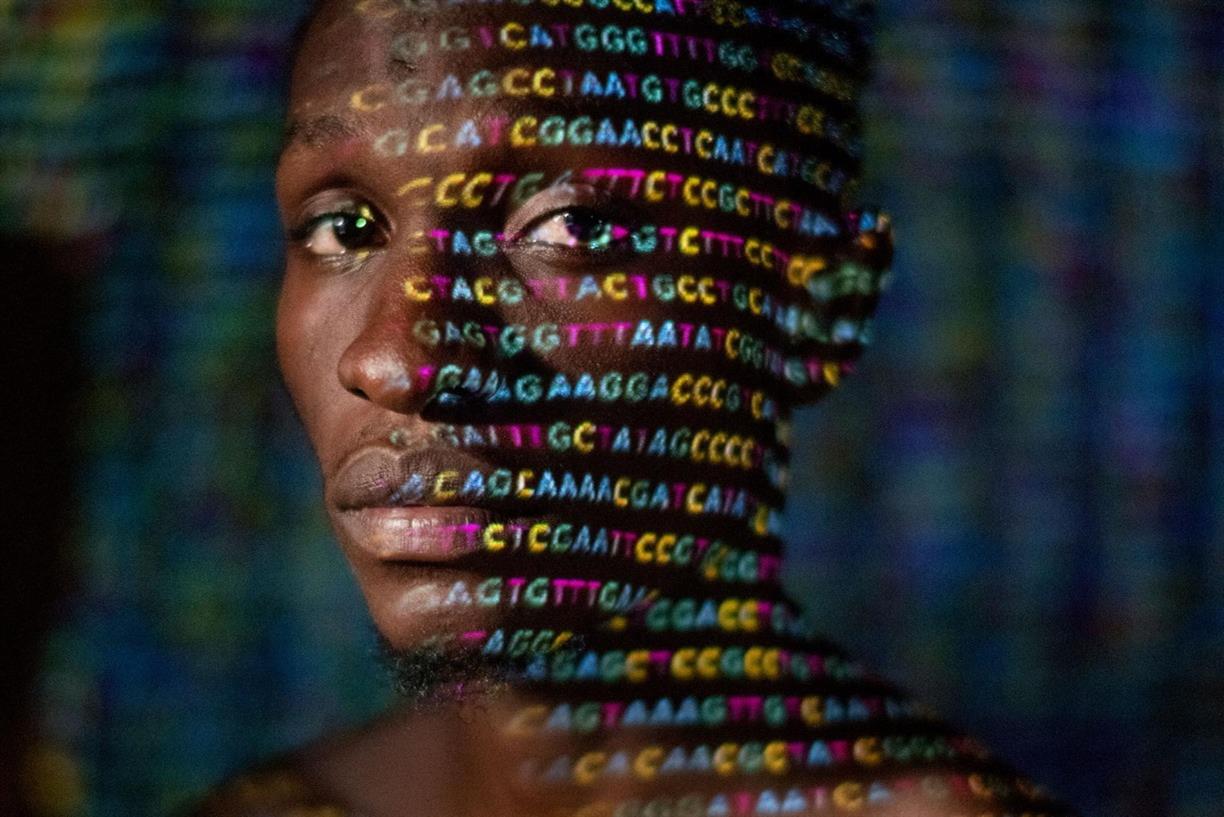 The Smithsonian’s National Museum of African American History and Culture recently hosted a program entitled “Historically Speaking: Intersecting Race, DNA, and Demography,” which focused on advances in genetics research and their implications for understanding race. The event was made possible by contributions from the Foundation for the National Institutes of Health and support from NHGRI. National Public Radio’s Michel Martin moderated a discussion that included Alondra Nelson and Rick Kittles about how new findings in genetics tear down old ideas about race, grapple with the unfinished business of slavery, inspire meaningful conversations about reparations, establish ties with ancestral homelands, and advance biomedical research. A recording of the discussion is now available for viewing. 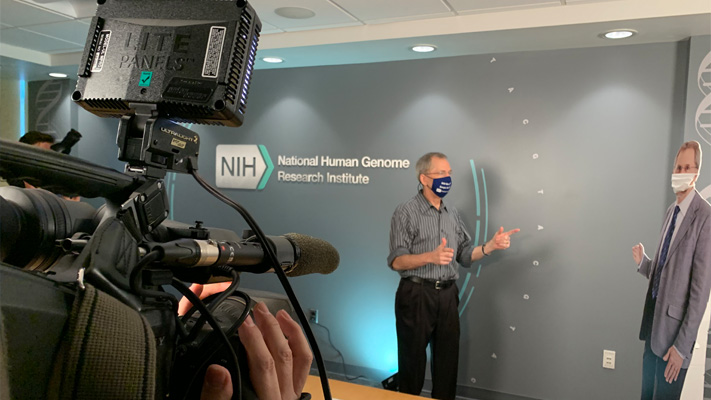 At the upcoming 2020 American Society of Human Genetics (ASHG) Meeting (October 27-30), NHGRI will host a virtual booth, which will be accessible to registered meeting attendees. The booth will feature the new 2020 NHGRI Strategic Vision, which will be published in late October, and will include a recorded discussion among some of the paper’s authors. NHGRI staff members will be available at the virtual booth via chat to answer questions about topics ranging from training to new funding opportunities. The booth will also have links to a variety of resources, including job postings, funding announcements, and educational materials. Please visit the ASHG website for additional information about accessing the booth. In addition, follow NHGRI on Facebook and Twitter to monitor NHGRI activities at ASHG in real time. The annual ASHG meeting provides a forum for the presentation and discussion of cutting-edge research in all areas of human genetics and genomics. 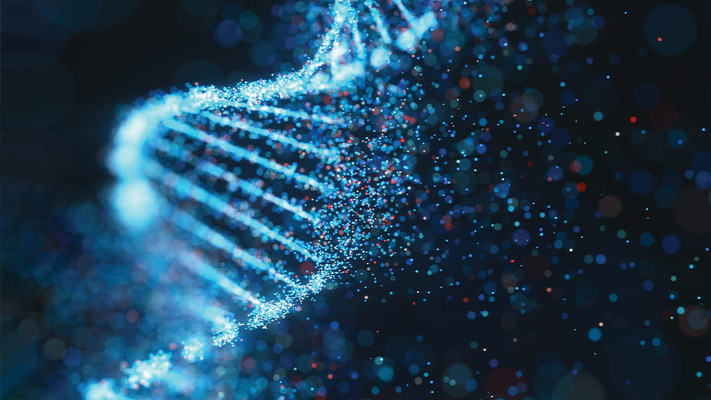 Recently, the American Society of Human Genetics (ASHG) interviewed NHGRI Program Director Stephanie Morris about the Institute’s new Impact of Genomic Variation on Function (IGVF) program. As featured in the September issue of The Genomics Landscape, NHGRI recently issued multiple funding opportunities to establish the IGVF program. The aim of IGVF is to apply experimental and computational approaches for systematically examining the relationships among genomic variation, genome function, and phenotypes. In the interview, Stephanie answered questions about the central research problems being tackled by IGVF, the opportunities available to interested researchers, the knowledge that IGVF hopes to add to the field of genomics, and how IGVF results will be used in genomic medicine. Applications are due November 4, 2020.

Citizen scientists take on the challenge of long-haul COVID-19

How COVID-19 took hold in North America and Europe

Notice of Special Interest: Alzheimer’s-focused administrative supplements for NIH grants that are not focused on Alzheimer’s disease