I was hoping that 2022 would begin on a bright note, but the genetics and genomics communities started the year losing two intellectual giants during the month of January: Tom Caskey and Haig Kazazian. These towering figures in science and medicine made major contributions to unraveling the complexities of the human genome and advanced studies in human genetics, including by training many of today’s leaders. NHGRI’s condolences go out to their families, institutions, and many friends and colleagues.

Last month, NHGRI celebrated something that we have come to regard as a birthday. On January 14, 1997, NHGRI became an NIH Institute, graduating from our status as a center (the National Center for Human Genome Research) and renamed as the National Human Genome Research Institute. That means NHGRI just turned 25 years old as an Institute, so happy quarter-century birthday to us!

The 95th meeting of the National Advisory Council for Human Genome Research will take place on February 7-8. The open session of will be videocast live on Monday, February 7. Please join us via GenomeTV starting at 11:30 a.m. ET to hear updates about NHGRI and genomics research more broadly. The first hour of the open session, which will feature my Director’s Report, will also be streamed live on my Twitter account @NHGRI_Director. 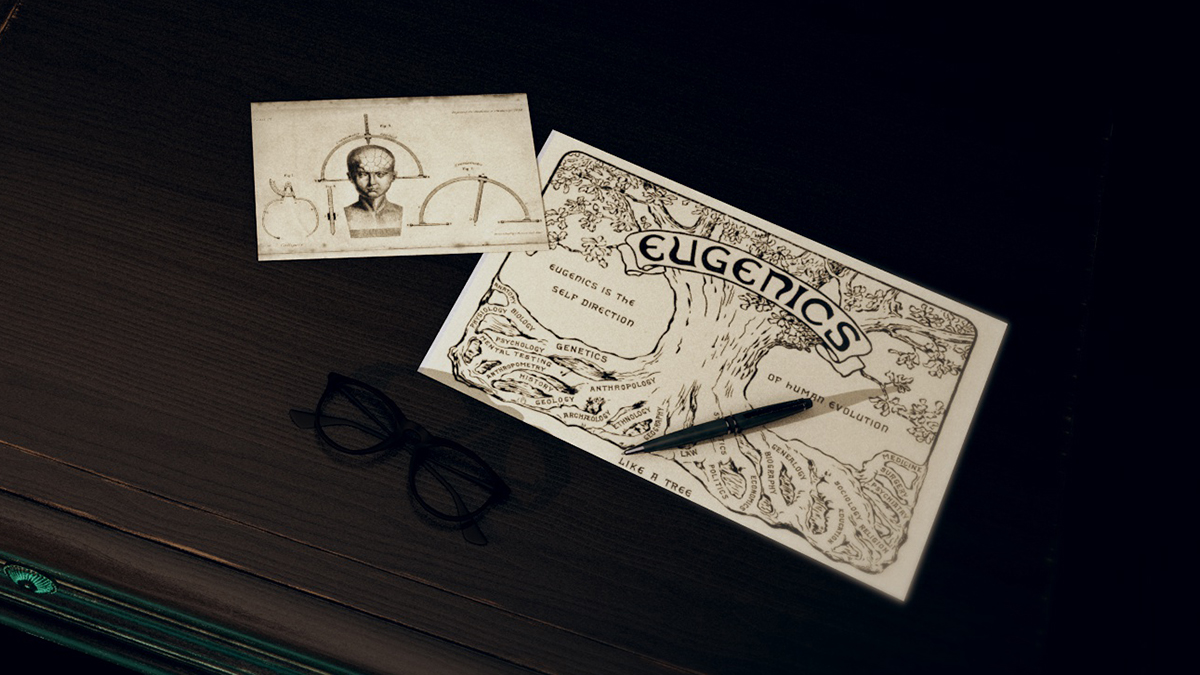 In December 2021, the NHGRI History of Genomics Program hosted a virtual symposium entitled “The Meaning of Eugenics: Historical and Present-Day Discussions of Eugenics and Scientific Racism.” Led by NHGRI Historian Christopher Donohue, Ph.D., and Oxford Brookes University Professor Marius Turda, Ph.D., the symposium convened historians and scholars of science and medicine who spoke about the history of eugenics and scientific racism and their complex legacies in the modern health sciences. In addition, the U.S. Holocaust Memorial Museum and the American Museum of Natural History presented their efforts in developing and disseminating education materials about these topics.

As trusted organizations, it is important that NIH and NHGRI confront and address the difficult histories of eugenics and scientific racism. The symposium aimed to create a comfortable space in which participants could explore what eugenics means in the world today by learning about the past. The main themes of the symposium were the importance of building trust in science through confronting the difficult pasts of eugenics and scientific racism, underscoring continuities and distinctions between past and present eugenics efforts and scientific racism, and using history and historical discussions to promote "rehumanization" of presently marginalized communities.

The symposium provided historical overviews about the history of eugenics and scientific racism, which has relevance to public health, human genetics, medical ethics, and persons with disabilities. It also described recent occurrences of eugenics and scientific racism, while underscoring the persistence of scientific and structural racism in the United States today. Topics also included the history of sterilization, race and reproduction, disability, LGBTQ+ individuals, genetic screening, social and behavior genomics, and legacies of slavery in the United States.

The symposium served as NHGRI’s first public-facing activity on this topic and the Institute’s most well-attended event in 2021. The symposium attracted 798 unique attendees from 35 countries. Attendees represented academia, government, medicine, and pharmaceutical and biotechnology companies. The audience asked close to 150 questions, and 359 tweets were shared via social media. Almost all interactions were positive, and audience members and presenters engaged in a lively exchange of ideas. Overall, the event reached a diverse set of audiences within and outside of NIH, including those focused on research, medicine, education, bioethics, and science history.

Audience questions, comments, and interactions revealed three broad areas of concern: (1) the specter of eugenics arising from existing and emerging genetic and genomic screening technologies; (2) the promises and perils of social genomics, in particular the uses of genome-wide association studies (GWAS) to identity genomic variants associated with complex social behaviors; and (3) the medicalization and marginalization of disability within the framework of eugenics and scientific racism.

The symposium revealed that many are interested in exploring these and similar topics in greater depth. NHGRI will capitalize on the symposium’s momentum. For example, three additional events are being planned for 2022 that will involve a combination of NHGRI staff and outside academic experts to examine the topics of genomic screening, social genomics, and disability.

Video recordings of the virtual symposium can be viewed on NHGRI’s YouTube channel, GenomeTV. In advance of the symposium, speakers also recorded some of their thoughts about eugenics and scientific racism. These additional recordings are also available on GenomeTV.

NHGRI also developed two new educational resources on the history of eugenics and scientific racism in advance of the symposium: a Eugenics and Scientific Racism fact sheet, and a Eugenics: Its Origin and Development (1883 - Present) timeline. The fact sheet and timeline are geared towards a general audience, providing an easily digestible but detailed overview of the history of eugenics and scientific racism, with a specific focus on the United States and how these histories continue to plague society and science today.

Scientific commentary encourages exploring genomes of all life on earth 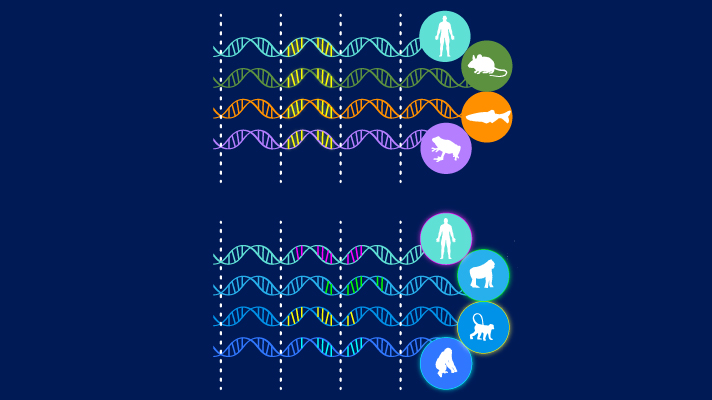 Complete genome sequences exist for only a small number of animals and plants. Any genomic information (including estimated numbers of genes, genomic variation, and population diversity) are available for only a small fraction of species. Understanding how all genomes function and how genomic variation shapes all life would enhance our understanding of the biology that underpins life, disease, and health. Last month, researchers published a commentary in the Proceedings of the National Academy of Sciences entitled “Darwinian Genomics and Diversity in the Tree of Life.” The commentary proposes that the genomics community expand the scope of genomes studied to generate more non-human genomic data. It is part of a special feature about the Earth BioGenome Project, an effort to sequence, catalog, and characterize the genomes of all of Earth’s eukaryotic biodiversity over a period of 10 years. The commentary also reflects a direct product of the August 2019 workshop, “Perspectives in Comparative Genomics and Evolution,” which was a component of the NHGRI 2020 Strategic Planning Process and was co-sponsored by the National Science Foundation and the U.S. Department of Agriculture. 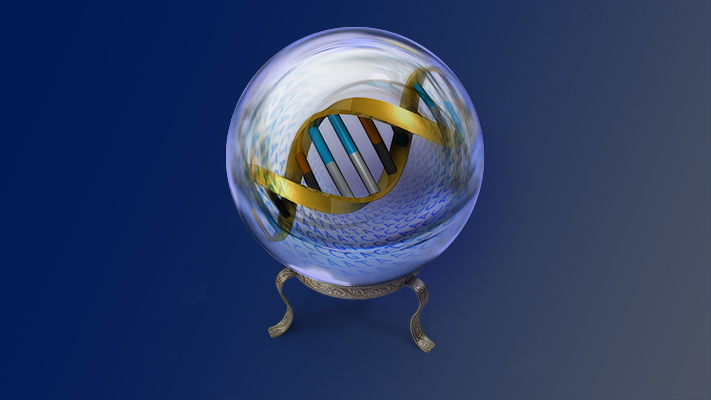 Last month, NHGRI concluded the 10-part virtual “Bold Predictions for Human Genomics by 2030 Seminar Series.” The series focused on the bold predictions described in the 2020 NHGRI “Strategic Vision for Improving Human Health at The Forefront of Genomics.” Each session featured two speakers who used the designated bold prediction as an aspirational theme for their talk, highlighting their own research in the context of that theme and speculating about the next decade in that area. The speakers also revealed if they felt the predictions were too bold to achieve by 2030 or not bold enough. Each seminar attracted an average of about 375 attendees from 25 countries. The talks were followed by robust moderated question-and-answer sessions. The recordings of all 10 seminars are available for viewing on GenomeTV. 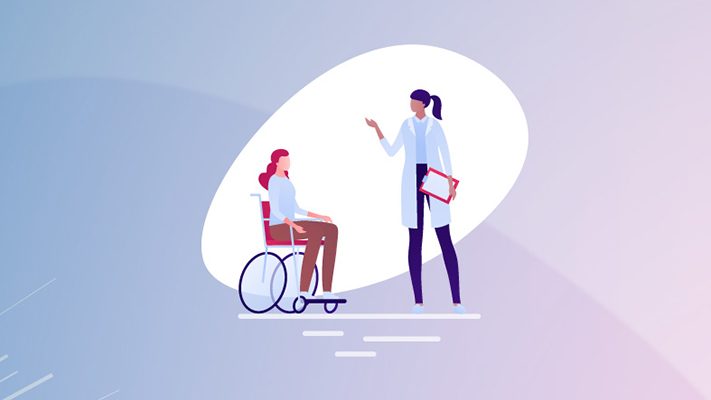 Informed consent is an integral part of any research project that involves human participants. For genomics research, it is particularly important to carefully explain how the participant’s genomic information will be used during and after the study, as well as any implications that arise from the study of their DNA. NHGRI’s informed consent webpages have a new look and some refreshed content. There are two new fact sheets, which are presented in a question-and-answer format. One focuses on describing the informed consent process, and the other describes why informed consent is required. The Informed Consent Resource, a longstanding informational website curated by NHGRI’s Policy and Program Analysis Branch, now contains updates related to the 2018 Common Rule. This revised and updated content will be useful to those wanting to learn about informed consent and considerations that are specific to genomics research.

The Genotype-Tissue Expression (GTEx) project generated NHGRI’s most frequently requested controlled-access datasets, which together represent one of the most widely used resources for studying the relationship between genomic variation and gene expression. Because GTEx data can be shared for general research use, they are being used for many different research purposes. For example, GTEx data are used as controls to study COVID-19 as well as many other diseases and conditions. These datasets are also used to develop computational methods. The GTEx Consortium consists of over 200 investigators from over 40 institutions in the United States and abroad.

The latest version of the GTEx dataset, v8, is now available on the NHGRI cloud repository: NHGRI Analysis Visualization and Informatics Lab-space (AnVIL). Having the data reside in the cloud and running analyses on them there lowers the barrier to performing large-scale computational research by eliminating the need to download data to local platforms. Cloud storage also enhances and enables collaborative efforts. The net effect is an impressive demand for accessing the data; for example, NHGRI received 1237 requests for GTEx controlled-access data in 2020, with 1068 (86%) of those requests approved. Disapprovals were most often related to administrative issues, with most of those requests approved upon resubmission. 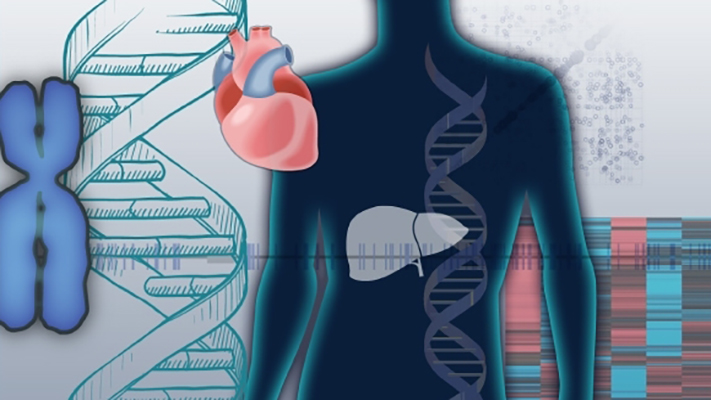 For skin microbiome explorer Julie Segre, her quest is more than skin deep

How one change to the coronavirus spike influences infectivity

COVID-19 vaccination does not reduce chances of conception, study suggests

The Forefront of Genomics quarterly newsletter