I had the pleasure of giving the opening talk at the fourth annual International Summit in Human Genetics and Genomics at NIH last month. The month-long summit is designed to help developing nations build and expand their expertise, infrastructure, systems, and technologies in genetics and genomics. The summit, which aims to help the international participants understand the prevalence and basis of genetic diseases in their nations and the associated public health challenges, is sponsored by NHGRI; a collection of other NIH institutes and centers; and the Foundation for the NIH (which raised funds with additional profit and non-profit partners).

I would also like to draw your attention to two upcoming NHGRI “Genomics2020” strategic planning web-based workshops, which will be held on Oct. 31, 2019 at 12 p.m. ET and Nov. 19, 2019 at 12 p.m. ET, respectively. These workshops will focus on data science challenges facing the genomics research community. Details about these will be available soon on our “Genomics2020” Strategic Planning News and Events webpage. 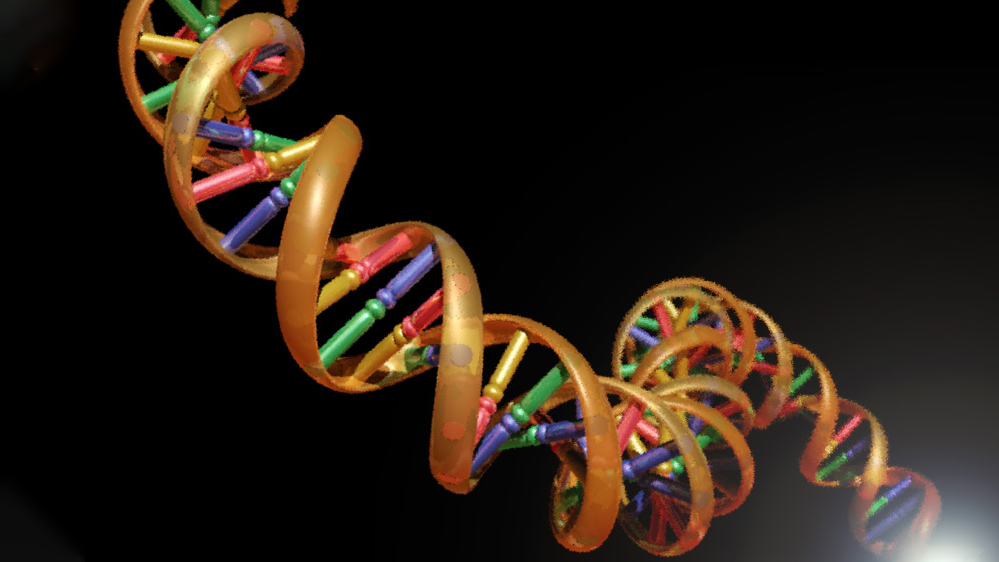 In 2003, the Human Genome Project (HGP) produced a near-complete version of the human genome sequence that met the quality standards established by the project. While this was a remarkable accomplishment, the generated sequence did not account for every last bit of the human genome. There were gaps in the assembled sequence due to complicated segments of DNA in some regions; for example, the sequences at the ends and centers of the human chromosomes were difficult to “read out” completely using the DNA-sequencing methods available at that time. In addition, the HGP generated the human genome reference sequence using DNA from multiple people – not reflecting a single actual human or a representation of human genomic variation.

A reference sequence provides researchers a set of coordinates that allow new matching sequences to be aligned and organized. Such a reference must be high quality and, preferably, enhanced over time as new information becomes available (e.g., data about genomic variation). The HGP’s human genome sequence was the very first human genome reference sequence, but it has been continually improved, refined, and updated over time.

Towards that end, the Genome Reference Consortium (GRC) was formed after the HGP to provide continued stewardship and improvement of the human genome reference sequence. Lead members of the GRC included the Wellcome Sanger Institute, the McDonnell Genome Institute at Washington University (supported by NHGRI), the European Bioinformatics Institute, and the National Center for Biotechnology Information. These efforts have included additional DNA sequencing by new and different methods to close gaps and resolve problematic regions. Since 2007, the GRC has worked to correct errors and add sequence to provide the best reference sequence of the human genome.

As part of its continuing commitment to ensure the availability of a high-quality and maximally useful human genome reference sequence, NHGRI recently funded two new centers as a part of a new organized Human Genome Reference Program (HGRP). A Human Genome Reference Center at Washington University will serve as the coordinating center; they will maintain and update the human genome reference sequence; support state-of-the-art reference representations; and educate and coordinate with the research community, including both clinicians and basic research scientists. A Human Reference Genome Sequencing Center at the University of California, Santa Cruz will collect additional DNA samples from populations not represented in the current human genome reference; they will generate at least 350 high-quality reference genome sequences, a subset of which will be completed (end-to-end) genome sequences.

Efforts to make the human genome reference sequence useful to basic and clinical researchers and to increase the representation of human genomic variation will remain key components of NHGRI’s Human Genome Reference Program. Advances in DNA-sequencing and computational methods will undoubtedly continue to occur, facilitating efforts to routinely produce complete, end-to-end genome sequences. NHGRI regards such research activity to be at the Forefront of Genomics and an essential part of the Institute’s mission. 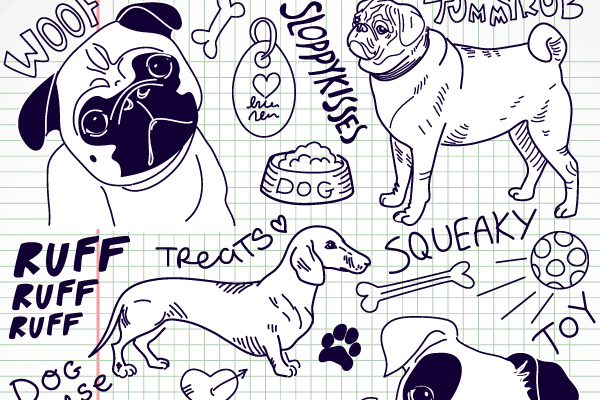 NHGRI is committed to sharing and disseminating tools to inform the public about NHGRI-funded genomics. Towards that end, the institute recently unveiled a new type of product consisting of short video clips. The aim of these clips is to introduce interesting genomics-related topics in a bite-size format for the public to watch and become interested in the general subject matter. Two such short video clips are now available on NHGRI’s YouTube channel. The first video discusses how studying the dog genome can be helpful for understanding human health. The second video looks at the Genetic Information Nondiscrimination Act (GINA), the federal law that protects Americans from discrimination based on their genetic information in both health insurance and employment (and where it does not apply). 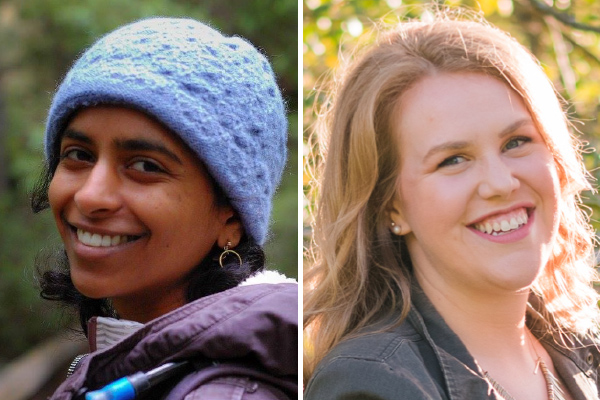 Each year, NHGRI’s Division of Policy, Communications, and Education partners with the American Society of Human Genetics (ASHG) in sponsoring two fellowships – the Genetics & Public Policy Fellowship and the Genetics Education & Engagement Fellowship. This year’s Genetics & Public Policy fellow, Samata Katta (pictured left), received her Ph.D. in neuroscience from Stanford University; Samata will gain policy experience at NHGRI, at ASHG, and in the U.S. Congress. The Genetics Education & Engagement fellow, Sarah Robbins (pictured right), just completed her Ph.D. in human genetics at the Johns Hopkins University; Sarah will receive training and experience in preparation for a career in genetics/genomics education and community engagement. 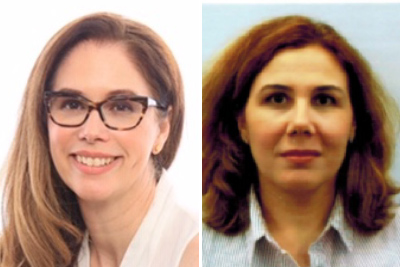 In 2017, NIH and the American College of Medical Genetics and Genomics (ACMG) established a fellowship in Genomic Medicine Program Management – a two-year opportunity for qualified physicians to acquire experience for leading genomic medicine research and implementation programs at the NIH, major medical centers, and other organizations. The goal of the program is to increase the pool of physicians who can manage research and implementation programs in genomic medicine. The fellowship involves a collaboration of NHGRI, the National Heart, Lung, and Blood Institute, the National Institute on Minority Health and Health Disparities, and the All of Us Research Program. This year’s fellows are Marie-Luise Brennan, M.D., Ph.D. (pictured left), a medical geneticist trained in the Stanford Clinical Genetics Program, and Hwaida Hannoush, M.D. (pictured right), a cardiologist and echocardiographer from NHLBI’s Intramural Research Program. Applications for next year’s fellowship are due by November 1. 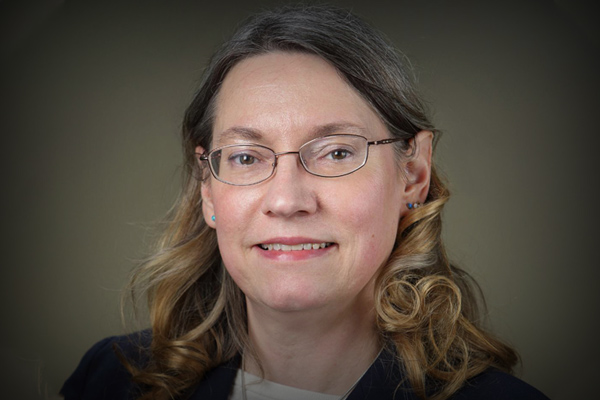 In September, NIH Director Francis Collins announced the selection of Susan Gregurick, Ph.D., as the NIH Associate Director for Data Science and the Director of the NIH Office of Data Science Strategy. She replaces Phillip Bourne, who departed NIH in 2017. Since 2013, Susan has been Director of the Division of Biophysics, Biomedical Technology, and Computational Biosciences in the National Institute of General Medical Sciences; she has also served as the Senior Advisor to the Office of Data Science Strategy since November 2018. Susan will now lead implementation of the NIH Strategic Plan for Data Science, which was released in June 2018 and aims to modernize the NIH-funded biomedical data science ecosystem. 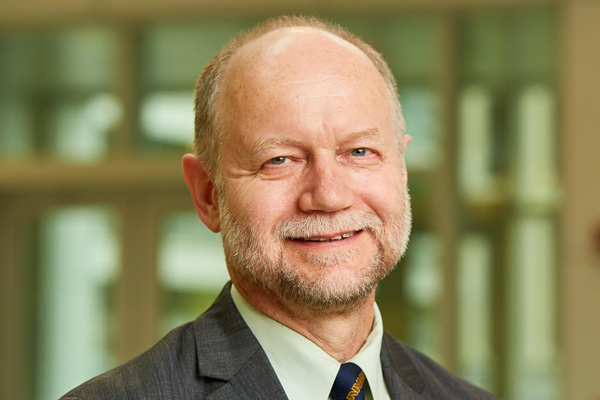